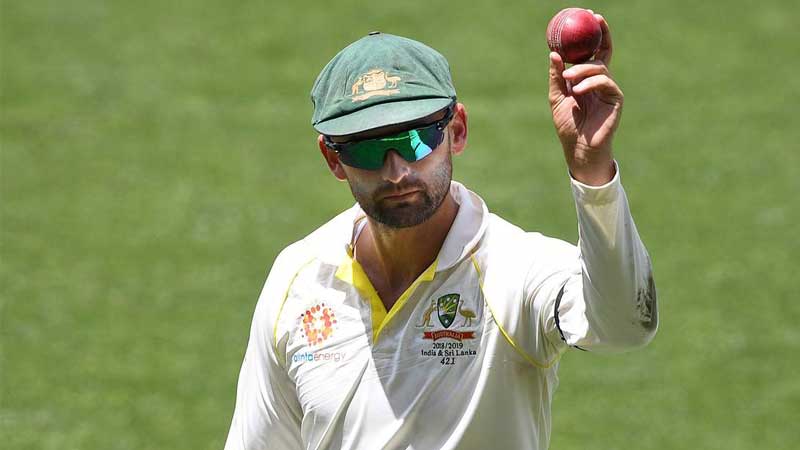 ISLAMABAD: Australian off-spinner Nathan Lyon was focused onto to win the Test series against Green-Shirts by 3-0, saying it was exciting and proud to be the first Aussie team to tour Pakistan after 24 years and be a part of this moment.

“It’s exciting to be here in Pakistan. We haven’t been here in 24 years, so to be the first Australian team to come over here and be a part of that, is something that we’re proud of as a group,” he said in a presser on Wednesday.

He said Pakistan hasn’t had the opportunity to have a lot of international cricket here over a number of years. “So to be able to be the first Australian team to come here to play, how big it is in world cricket and for the people of Pakistan as well. For fans to get the opportunity to see some of their idols like Steve Smith, David Warner, Pat Cummins, Marnus Labuschagne who are able to come out here and play and be a massive role models. We’re very privileged, it’s a proud moment for the Australian cricket team.”

Speaking about his mindset for the Test series beginning Friday at the Pindi Stadium, Rawalpindi, Lyon said his mindset was to win the series 3-0. “I don’t go into to draw or lose it, so my mindset is to go and play in Pakistan and win three-nil. Obviously, it’s a totally different challenge from what we’re used to at home. We haven’t played away Test since 2019, so it’s going to be a big challenge for us but it’s a very young exciting Australian test squad and we’re coming off a pretty spectacular summer back home, it’s given the group a lot of confidence.

“We’re working and training hard but I’m going in this Test series thinking, we’re going to be performing and playing our best cricket to win it 3-0, that’s purely just my mindset.”

About the pitches at Rawalpindi, he said we were training about three pitches over. “On the center wicket, it actually wasn’t spinning that much. We’ve got a little bit more grass on the wicket that we’re training on compared to what looks like the match wicket. But we’re very comfortable with where we sit, we’ve got enough people to cover all bases. Whatever team we go out with, we’re confident enough that we can play some really positive brand of cricket here.”

He said the surface (Rawalpindi wicket) looks similar to a UAE wicket at the moment. “There’s not much grass on it, so I’m expecting it to be nice to bat on the first couple of days. Hopefully spin and reverse swing may come into it, so yeah it’s a little bit different it’s not the type of wicket that I’d probably produce if I was still doing my curating stuff.”

Lyon said all bowlers in the squad were very well prepared to play whatever role it takes for Australian cricket to perform well. “It’s going to be challenging but we’ve got the squad here to cover all areas.

He said both Ashton Agar and Mitchell Swepson were bowling extremely well. “If you look at our top order we’ve got guys like Marcus Harris, Steve Smith, and Travis Head who can bowl spin as well, so we’re very lucky in that area. If we can take 20 wickets as Australian bowling squad I’ll be more than happy.”

To a question, he said from day one, he wanted to compete against the best players in the world. “Babar Azam is definitely one of those. I can’t wait to challenge myself but there are some unbelievable batters in this Pakistan lineup that I’m going to have some decent challenges. But yes Babar’s definitely high up there in the stakes of one of the best cricketers in the world,” he said.