Playing Pakistan in home conditions will be a terrific challenge: Steve Smith 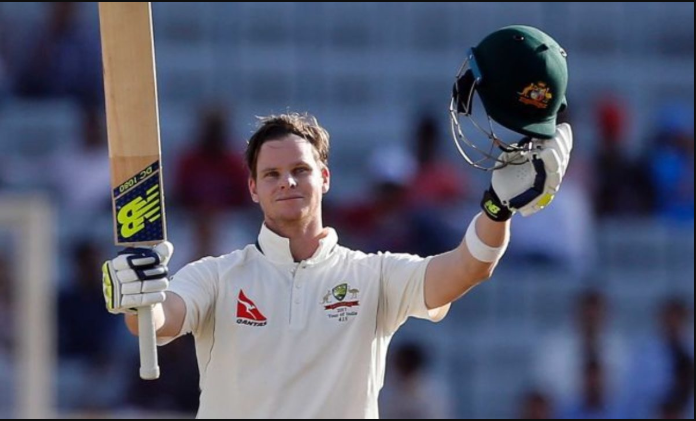 ISLAMABAD: Australian batter Steve Smith believes playing against Pakistan in their home conditions would be a terrific challenge, saying the Green-shirts have a great squad and quality players.

“Pakistan has got a terrific squad, a lot of quality players all throughout their lineup. So playing against Pakistan in their home conditions is going to be a terrific challenge. We played against them a couple of years ago back home, so we saw quite a few of the players there, and there seem to be many terrific players coming through the Pakistan system.

They’re a great squad and we have to play really well over here if we’re going to beat them,” he said in a presser on Tuesday.

To a question on facing players like Babar Azam, Mohammad Rizwan, Shaheen Shah Afridi, and Haris Rauf, he said they were high quality and excellent players. “It’s hard to tell yet, we’ve got to see the surface that we’re going to be playing on and play accordingly as that’s the best way to play away from home. We are excited about the challenge.

“In terms of Shaheen Shah Afridi and Haris Rauf, I think they’re both terrific bowlers and are progressing really nicely in their careers. We look forward to coming up against good players so we’re excited.”

“This is our first away tour since the Ashes in 2019, but we’re excited again about playing some cricket away and challenging ourselves in foreign conditions. I performed really well in the last away tour and hopefully, I can replicate something similar in this series. Hopefully, a good preparation the next few days and then some big runs this series.”

To a question on the possibility of his bowling, he said we have quite a few spinners on this tour. “We’re kind of not sure what conditions we’ll get. We will have a better idea after a look at the surface. If I’m needed to have a role then yeah last time I bowled in a game it came out pretty well so we’ll see how we go.”

Smith said he was excited to be here in Pakistan and bringing test cricket back here as an Australian team. “I think it’s going to be a terrific series we’re all excited and we have to work really hard and adapt to whatever is thrown at us in the series.”

“I love playing on different surfaces and all the challenges of playing in different places around the world. They all have different aspects to them whether you are playing on England wickets or in the sub-continent on spinning wickets. We will see what we are faced without in the middle and adapt accordingly. I’m looking forward to that challenge,” he said.

Smith said it was great here so far in Islamabad. “The hospitality’s been outstanding we had a team barbecue together last night, it was amazing the food was sensational.”

On the incident of teammate Ashton Agar, he said we were aware of the unfortunate events that can occur on platforms across social media. “We’ve got a lot of people here working with us, we trust our security and everyone involved and we’re feeling incredibly safe here in Pakistan.”

Speaking about him playing in the T20 format, he said he knows his place and role in the T20 team for Australia. “My performances perhaps haven’t been as good as they would have liked over the last, but I still know I can play the format when I’m playing well.