A story of many stories — Part I 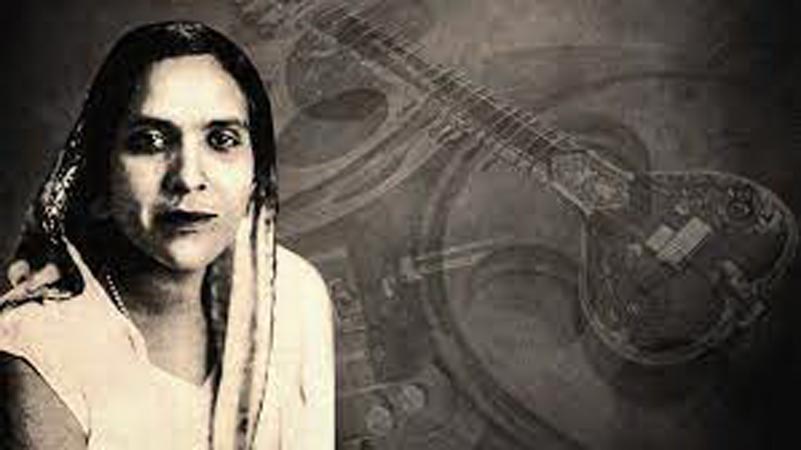 On October 17, 2015, I was privileged to direct the first of the series of concerts under the umbrella of Aligarh se Bollywood Tak on the 198th birth anniversary of Sir Syed Ahmed Khan.

Hosted by AAANE (the local chapter of the Aligarians) and staged in Boston, it was titled AAINA, where it showcased the immense contribution of poets and lyricists Alma Mater of Aligarh Muslim University, made to the culture and character of Bollywood. The program was restaged in New York in 2016 and again in New Jersey in 2017.

The recent violence and acts of intolerance in India compelled me to think on the fallacy of the Indian leadership, where it continues to disregard even the existence of minorities, let alone their accomplishments. I felt that highlighting the contribution of some amazing Muslim leading ladies to the Indian cinema would, hopefully, be a case in point. History speaks too loud to be ignored!

Jaddan Bai — Let me start with the Grand Madam. Jaddanbai was a singer, dancer, actress, filmmaker, and one of the first female music composers in Indian cinema. Mother of Nargis, mother-in-law of Sunil Dutt and maternal grandmother of Sanjay Dutt and Priya Dutt, she was able to turn a courtesan’s name into a title. Her mother Daleepabai was a big local name in the world’s oldest profession. She got married to Mian Jaan, a sarangi player. It is speculated that Daleepabai began a relationship with a married lawyer who lived in the same haveli as them, with the approval of her husband. The family later decided to relocate and Jaddanbai grew up to become a noted singer, even more famous as a courtesan than her mother. She began recording ghazals with Columbia Gramophone Company. She later also began acting when in 1933, the Play Art Photo Tone Company of Lahore approached her for a role in Raja Gopichand. Later she worked for a Karachi film company, in Insan ya Shaitan. Two more films emerged before she started her own production house Sangeet Films in 1934. The company’s debut film was Talashe Haq (1935), in which she acted, directed, composed music and also introduced her daughter Nargis, as a child artist. Although the role of a wife never excited her, she still ended up marrying three times, blessed with a child from each marriage. Her third was to Mohan Babu, a wealthy Punjabi Brahmin, who converted to Islam and adopted the name Abdul Rashid. So, from a courtesan of Sonagachi, Asia’s largest red-light district of Kolkata, to a gramophone /radio singer, Jaddanbai had elevated herself to become one of the most sought-after actresses of her time, music director, filmmaker and arguably the most powerful woman of the Indian cinema of her time.

Zohra Sehgal — Zohra Mumtaz Sehgal was born in Saharanpur, U.P. to Mumtazullah Khan and Natiqa Begum. She was raised in a traditional Muslim household and was the third of seven children. She was an actress, dancer, and choreographer. Having begun her career as a member of a dance troupe, she transitioned into acting roles, in the 1940s. Sehgal appeared in several British films, television shows, and Bollywood productions in a career that spanned an incredible six decades. Sehgal’s most notable films include Neecha Nagar(1946), Afsar (1950), Bhaji on the Beach (1992), Bend It Like Beckham (2002), Dil Se (1998), Saaya (2003), Veer-Zara Saawariya and Cheeni Kum (2007). At the age of 90, she played the central character in the 2002 film Chalo Ishq Ladayen. Sehgal was awarded Padma Shri in 1998 and in 2004 presented with the Sangeet Natak Akademi Fellowship for lifetime achievement. In 2010, she received the Padma Vibhushan, India’s second-highest civilian honor. She died in New Delhi in July 2014 at the age of 102 and was cremated in accordance with her wishes.

Naseem Bano — Naseem Banu was called Naseem, known as “Beauty Queen” and considered the “first female superstar” of Indian cinema. She was born Roshan Ara Begum in Old Delhi, into a community of performers and entertainers. Her mother, Shamshad Begum, was famous those days for running a renowned house of pleasure. Starting her acting career, Naseem’s first film was Khoon Ka Khoon with her mother and Sohrab Modi, under the banner of Minerva Movietone. Her high-point came with Modi’s classic Pukar in which she played the role of Empress Noor Jehan. She was the mother of Saira Bano and mother-in-law of Dilip Kumar. Naseem married Ehsan Khan, with whom she started Taj Mahal Pictures. They had two children, a daughter Saira Bano and a son, Sultan Ahmed. Following partition, Naseem’s husband opted to move to Pakistan. Naseem stayed back and continued to act in several films until mid-1960s and died quietly in 2002.

Renuka Devi – Renuka Devi was born Khurshid Jehan in Aligarh to Sheikh Abdullah and Waheed Jahan Begum, founders of Women’s College, Aligarh. Her father was a practicing lawyer who wanted to bring education and enlightenment to Muslim women. Khurshid married a police officer Akbar Mirza in 1934, and with his support, made a daring move to leave behind the academic world of Aligarh to pursue a career in films. Working mostly for Bombay Talkies, with an assumed screen name of Renuka Devi , she acted in films Jeevan Prabhat (1937), Bhabi Bhakti (1939), Badi Didi and Naya Sansar (1941). For others, she played leading roles in box-office hits Sahara (1943), Ghulami and Samrat Chandragupta (1945). Besides acting, she also sang songs, but decided to end her film career in 1945. After migrating to Pakistan in 1947, her second innings in acting took shape in television, using her original name Begum Khurshid Mirza. She also penned her autobiography The Uprooted Sappling, published in The Herald as a serial in 1982-1983. In 2005, this collection was compiled by her daughter Lubna Kazim, as a book under the title A Woman of Substance: the memoirs of Begum Khurshid Mirza. She was awarded the Pride of Performance by the President of Pakistan in 1984 and eventually left for her Creator in 1989.

Nargis — The story of Nargis starts where the story of her mother Jaddanbai ends. Nargis was born Fatima Rashid in Kolkata. Regarded as one of the greatest actresses of Indian cinema, she made her screen debut in 1935 as a child artist, but her debut film as a 14-year old heroine was Mehboob Khan’s Taqdeer (1943). In a career that spanned across three decades, Nargis appeared in numerous commercially successful as well as critically acclaimed films, many of which featured Raj Kapoor. Her best-known role was in the Academy Award-nominated Mother India (1957), a performance that won her the Filmfare Award for Best Actress. She appeared infrequently in films in the 1960s. One of her well known hits was Raat Aur Din (1967), for which she received the inaugural National Film Award for Best Actress. Nargis married her Mother India co-star Sunil Dutt in 1958. She died in 1981 of pancreatic cancer when she was just 51, only three days before her son Sanjay Dutt’s acting debut in Rocky. In 2000, she was honored as “Best actress of the Millennium” by Hero Honda and film magazine Stardust. She was listed in the “25 greatest Asian actors in history” by CNN in 2010.

Suraiya — She was born Suraiya Jamal Sheikh in Lahore and was the most celebrated actress between the mid-to-late 1940s. In a career spanning from 1936 to 1963, Suraiya acted in 67 films and sang about 350 songs. Her ability to offer playback singing to her own role, provided her a unique edge in the industry. In her heydays, she was known as Malika-e-Husn and and Malika-e-Adakari, for her North Indian Muslim-style acting in many of her films and was the highest-paid star of the Indian cinema.

Jaddanbai featured in Suraiya’s story as well. As director, she introduced Suraiya as a child artist in Madam Fashion (1936), but her real acting debut came with Taj Mahal in which she played the role of young Mumtaz Mahal. In the late 1940s, she worked with Dev Anand and also became romantically involved with him. The two of them paired together in seven films.

Clearly, she is the best superstar singer-actress of Indian films, who walked away to a self-imposed exile at the height of her glory and died a lonely single woman. Suraiya remained a mystery and an enigma.

Meena Kumari — Born Mahjabeen Bano, in a family of poor theatre artists in Mumbai, namely Master Ali Bux and Iqbal Begum, the public first fell in love with her in Baiju Bawra (1952). She went on to do 92 films such as Naya Andaz, Sahib Bibi Aur Ghulam, Aarti, Parineeta, Dil Apna Aur Preet Parai, Dil Ek Mandir, Kajal and her magnum opus Pakeezah, directed by her husband Kamal Amrohi, with whom she split in 1964. Continues