Pak-Kyrgyz relations can be ‘milestone in regional, global trade integration’

Ambassador of Pakistan to Kyrgyzstan Sardar Azhar Tariq Khan on Sunday said that promoting bilateral trade and economic relations between Pakistan and Kyrgyzstan could be a milestone in regional and global trade integration and connectivity.

The geo-strategic position of Pakistan and Kyrgyzstan also highlights their geo-economic importance, which could play a significant role in promoting trade connectivity amongst different regions and potential markets of the world, Ambassador of Pakistan to Kyrgyzstan Sardar Azhar Tariq Khan told APP on Sunday.

The ambassador said that due to its geostrategic importance, Pakistan was currently a major player in global and regional trade, bordering the Middle East and South Asian states on the one hand and the global economic power China on the other. Similarly, Kyrgyzstan, due to its very important geographical location, had a distinctive place among the Central Asian states (CARs).

He said that the geographical location of Kyrgyzstan offered many opportunities for trade with Pakistan as it was the shortest entry point of Pakistani products to the ‘Eurasian Economic Markets’ of 182-million people comprising Russia, Kyrgyzstan, Kazakhstan, Belarus, and Armenia.

Sardar Azhar said that goods once exported to Kyrgyzstan could be further transported to the Eurasian markets without payment of customs duties. Furthermore, Kyrgyzstan had flourishing construction and hoteling industries, he added.

Given the strategic location of Kyrgyzstan and its membership in the Eurasian Economic Union, a trade delegation might visit Kyrgyzstan to look for new markets for our products, he said.

Pakistan’s envoy said that many high rising buildings for shopping malls, apartments, and hotels were currently being constructed mostly by Turkish firms for which raw material was being imported from other countries. He said that construction material from Pakistan could also be exported.

As per figures provided by the host Foreign Office, the trade turnover of the Kyrgyz Republic with Pakistan amounted to $5.9 million in 2021 with Pakistan’s exports amounting to $5.3 million and imports $0.6 million, he said.

Replying to a question, he said that the Pakistan embassy in Kyrgyzstan also organized Mango Exhibition at the City Centre of Bishkek for the introduction of our Mangoes to the general public. Since Mango was a rare fruit in Kyrgyzstan, the Embassy put up a stall decorated with introductory banners, he said.

While strictly following the social distancing SOPs, Mango was not served to the people instead it was gifted to approximately 400 persons. “We had also invited owners of prominent superstores and importers of fruits to the event,” he informed.

“I have personally received many calls and messages of thanks from the Government functionaries, Ambassadors, and other dignitaries.” They greatly admired the taste and aroma of the mangoes from Pakistan, he said.

Replying to another question, he said that Pakistan was contributing $100 million to the Kyrgyz economy in terms of fees and other living expenses of approximately 10,000 Pakistani students. He said that majority of these students were pursuing medical education in substandard universities which had sprung up in the last couple of years.

Admission of such a large number of students was not only adversely impacting the health care system of Pakistan but was also draining out the much-needed foreign exchange reserve, he said.

Despite repeated requests by the mission, “we could not get a positive response from the erstwhile PMDC.” 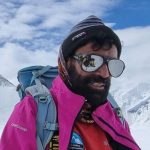 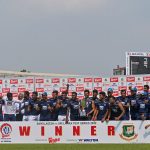 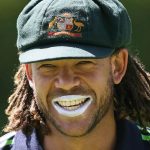 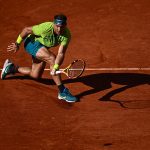 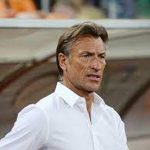