Citigroup Inc staff in the United States, who have not been vaccinated against Covid-19 by January 14, will be fired at the end of the month. The US bank becomes the first major Wall Street institution to follow through with a strict vaccine mandate.

Other major Wall Street banks, including Goldman Sachs & Co, (GS.N), Morgan Stanley (MS.N) and JPMorgan Chase & Co (JPM.N), have told some unvaccinated employees to work from home, but none has yet gone as far as sacking staff.

While Citigroup is the first Wall Street bank to enforce a vaccine mandate, a handful of other major US companies have introduced “no-jab, no-job” policies, including Google and United Airlines, with varying degrees of stringency.

More than 90 percent of Citigroup employees have complied with the mandate so far and that figure is rising rapidly, according to a source familiar with the matter, adding that the timing of the vaccination mandate would be different for branch staff.

When it announced its policy, Citigroup also said it would assess exemptions on religious or medical grounds, or any other accommodation by state or local law, on a case-by-case basis.

The bank said then it was complying with the policy of U.S. President Joe Biden’s administration requiring all workers supporting government contracts to be fully vaccinated, as the government was a “large and important” client.

A spokeswoman for New York-based Citigroup confirmed that more than 90 per cent of the firm’s staffers have complied with the rule and that the figure is climbing rapidly, but declined to comment further. 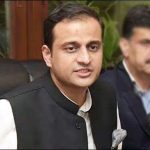 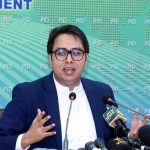