Every state on the planet earth endeavors to formulate national policies which ensure good governance, social justice, economic equality and, above all, provision of equal opportunity to all citizens in order to enable them achieve a quality of life which they aspire for. Similarly, all nation states enjoy sovereign rights to tax the rich and affluent and, thus, spend the revenues collected on the weal and welfare of the weak and vulnerable sections of society. This warrants a transparent, reliable and trustworthy taxation system which the citizenry trusts enough to surrender a sizeable part of their hard earned income to contribute to national exchequer. This, in turn, is utilized on the infrastructural development, social sector and in ensuring the provision of the basic necessities to all, particularly, the disadvantaged strata of society. Developed countries in the first world have evolved systems which ensure a progressive taxation regime wherein the more one earns, the greater amount of tax is liable to be collected and deposited in the national kitty. But, unfortunately, in the third world countries including Pakistan, the rich and powerful have always found ways and means to not only multiply their fortunes and amass wealth in-country as well as abroad but they have also remained the prime beneficiaries of tax policies by their perpetual influence over the corridors of powers. They have continued to prevail upon the policy making process and through a wide array of exemptions, rebates, reduced rates and subsidies, they have been manipulating their tax liabilities and have shied away from their due share in national exchequer. Tax avoidance, evasion or both have been successfully managed by the elites in Pakistan, leaving the teeming millions in the middle of misery and the country groaning under the mountain of loans both national and foreign. The economic interests have remained untouchables largely because of the economic muscle and political clout, thus, the prime beneficiary of the systemic arrangements made in the garb of benefitting the common man. But, unfortunately, it is the common man who has bled himself white to let the privileged few thrive at his hard earned pennies. This unjust, unfair and manipulated sytem cannot endure, and it cannot endure for long.

Therefore, in a watershed development and for the first time ever in its history, Federal Board of Revenue (FBR) has proposed the most comprehensive Tax Policy Reforms which, indeed, signify the demise of elite capture on tax policy formulation process in Pakistan. These proposed reforms intend to eliminate Sales Tax exemptions worth Rs. 343 billion which had been given to various interest groups over a period of past 74 years. Apparently, common man was made out to be the prime beneficiary of these exemptions, but in reality, this smoke screen was meant to benefit the country’s elites. In order to ascertain facts and identify the real beneficiaries, FBR conducted a thorough scrutiny of all the exemptions item by item and came to a sad conclusion that the elite capture of the policy formulation framework had been deeply entrenched to perpetuate their stronghold over policy process in order to safeguard the economic interests of the privileged and possessed at the cost of the marginalized millions. Unlike being generally perceived and portrayed as a mini budget by some sections of the society, these reforms aim at protecting the marginalized segments of the society. Building further on the pro-poor vision of the incumbent regime, economically deprived and disadvantaged segments are being protected in the subject tax policy reforms. Essential commodities of daily use by common man like food items, dairy products, fruit, vegetables, foot-wares, pulses and clothing are being kept tax-free in the domestic market. Similarly, import/supply of rice, wheat, meslin, local supply of other grains, beef, mutton, poultry, fish, eggs, sugar cane, beet sugar, and imported vegetable and fruits from Afghanistan are also retained as tax-free.

Moreover, milk and fat-filled milk have also been kept as tax-free. Likewise, various items which might somehow attract adverse impact of tax reforms, have been identified for direct targeted subsidy valuing around Rs. 33 billion. Similarly, these reforms preserve all productive sectors of economy by saving tax exemptions that are already available to SMEs and allowing expeditious refunds to businesses and industry on import of raw material and capital goods. At the same time, the tax reforms have preserved almost completely the exemptions and preferential treatment available to agriculture sector. Fertilizers would continue to enjoy a reduced rate of 2% at output stage and its inputs would continue to enjoy multiple reduced rates as presently available so that production cost of the fertilizers does not go up. Tractors to the farmers would continue to be sold with reduced sales tax rate of 5% and pesticides for agriculture purpose would continue to be sold as being exempt of sales tax. Likewise, FBR has been most generous and lenient with the pharmaceutical sector. Pharma firms have been equated with exporters for purposes of release of refunds within 72 hours and will now be able to claim refunds on packaging material, utilities, and sundry expenses which they previously could not – its price tag comes to Rs. 36 billion. Similarly, critical medicaments like stents, disposable syringes and other medical supplies have been kept tax-free. Therefore, it is expected that the prices of medicines in the retail market should come down approximately by 20%. These reforms are also intended to preserve educational sector which again is one of the main objectives of the incumbent regime by retaining exemption on educational text books, stationery items, locally manufactured laptops, and personal computers.

Therefore, in a Special Cabinet meeting convened on 30th December, 2021 to discuss the Finance (Supplementary) Bill, 2021, the above-mentioned much needed General Sales Tax Reforms have unanimously been approved. It is worth sharing that IMF had demanded Rs. 700 billion of tax and imposition of 17% GST across the board. However, Team FBR managed to negotiate tax exemptions worth Rs. 343 billion and defended the productive and marginalized sectors of society. Therefore, in of proposed Finance (Supplementary) Bill, 2021, the commodities of daily use by common man have been kept tax-free. The breakup of total withdrawn tax exemptions of Rs 343 billion and said they can be broken into 3 main segments. These segments are Pharmaceutical with Rs.160 billion, Plant and Machinery Rs.112 billion, and goods Rs. 71 billion. It was clarified that Rs. 272 billion of above tax expenditure on account of machinery and pharma is refundable/adjustable. Only Rs 71 billion tax exemptions on goods is the net imposed tax and this tax includes tax on luxury goods Rs 31 billion and Rs 31 billion on business goods. Only a meagre amount of Rs. 2 billion is related to goods which may affect common man for an elaborate targeted subsidy plan of Rs 33 billion has been proposed to protect any segment of population which may get affected even indirectly by the withdrawal of some exemptions etc. FED on imported and locally manufactured/assembled vehicles is proposed to be increased on the recommendation of Tariff Policy Board and Ministry of Commerce. By increasing advance tax on cellular services, an effort has been made to cover the revenue loss due to loss of FE on mobile phone calls that was enacted in Finance Act, 2021. Advance tax on cellular services is proposed to be increased from 10% to 15% while Withholding Taxes are proposed on foreign produced TV serial/dramas and advertisements with foreign actors in order to protect and promote local creative and performing arts. Tax on transfer of newly purchased vehicles has been increased to discourage on-money. Exemptions available to REIT have been extended to special purpose vehicles setup under a REIT.

Keeping the above perspective in view, it is imperative to understand the intent behind these much- needed reforms which aim at removing some glaring distortions in the Sales Tax Regime and thereby rationalizing the incidence of taxation. It is pertinent to mention that the weak and vulnerable sections of the society comprising around 20 million households will be granted targeted subsidy to offset the adverse impact of the proposed tax policy reforms, if any. Therefore, FBR strongly believes that these unprecedented reforms are going to shift the incidence of taxation to the haves and, thus, eventually benefit the have-nots. 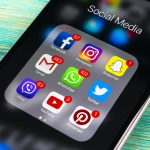 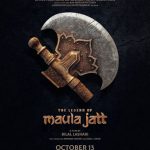 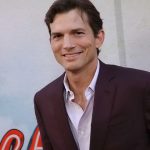 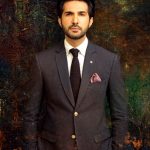