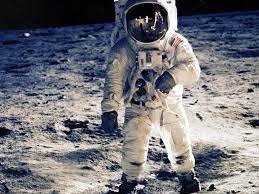 On Tuesday, Japan altered its space research goals, seeking to land a Japanese person on the moon by the second part of the 2020s.

“Not only is space a frontier that inspires people’s hopes and desires, but it also serves as a critical basis for our economic society in terms of economic stability,” Prime Minister Fumio Kishida said during a meeting to finalise the plan.

According to the draft schedule of the plan, Japan aims to put the first non-American on the moon as part of the Artemis programme, a U.S.-led initiative that aims to return astronauts to the moon.

The plan also spells out Japan’s aspirations to launch a probe to explore Mars in 2024, as well as to find ways to generate solar electricity in space.

Neighbouring China also aims to become a major spacefaring power by 2030, and it too plans to put astronauts on the moon, raising the prospect of an Asian space race.

China became the second country to deploy a rover on Mars in May, two years after the first spacecraft landed on the moon’s far side.

Japan’s space exploration goals were announced just a week after Japanese billionaire Yusaku Maezawa returned to Earth after spending 12 days onboard the International Space Station, making him the first space tourist to visit the ISS in almost a decade.