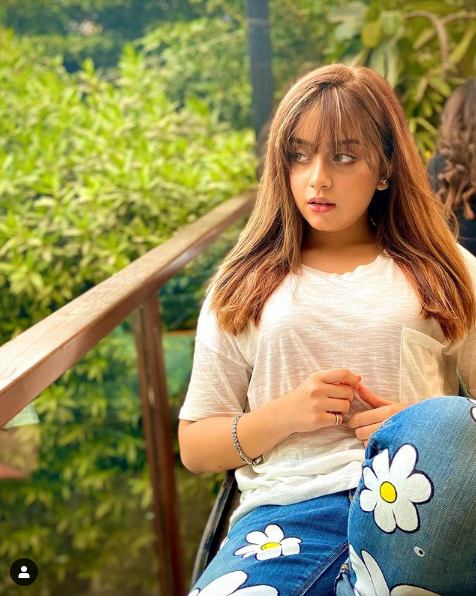 Actress Alizeh Shah has developed a smoking habit, or it is likely that this is an old interest of the well-known Pakistani actress, but a video has gone viral on the internet that clearly shows Alizeh indulging in a proper smoking session with a companion.

Alizeh Shah is seen in the video sitting in her car, skillfully releasing smokes from a cigarette she is holding with her usual dexterity. The car is parked someplace, and Alizeh’s friend has been caught sitting in his seat, bored, or perhaps waiting for Alizeh’s smoking to end?

Alizeh is engaged on her phone while puffing on her cigarette with a confident posture. However, it appears like Alizeh is unaware that her video is being shot, since the angle of the obtained clip clearly shows that someone is attempting to film Alizeh Shah smoking without her permission.

Social media users are commenting on how they assume Alizeh is smoking ‘charas’ rather than a regular cigarette in the comment section.