PML-N leader predicts that “something huge” would happen soon 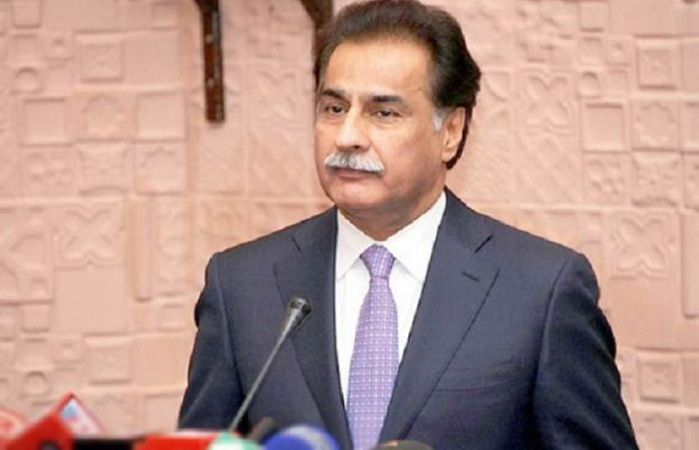 ISLAMABAD: Many people are guessing what PML-N leader Ayaz Sadiq’s warning that “something huge” will happen in the country in the coming days means.

After giving a fiery speech at a ceremony commemorating the death anniversary of Khawaja Rafique, a slain political activist and father of PML-N stalwarts Khawaja Saad Rafique and Khawaja Salman Rafique, in which he announced that PML-N supremo Nawaz Sharif is returning to Pakistan, Ayaz made the remarks on Geo News’ “Naya Pakistan.”

“I don’t know what it would be, but I assure you that something big, like a bang, is going to happen soon,” the PML-N leader said, adding that: “It would happen all of a sudden as you won’t see it happen slowly and gradually.”

In response to a query from the anchorperson about why the PML-N suddenly gained momentum and aggression, and whether this urge is a result of any signal from powerful circles, he stated they don’t require any signal from anyone.

When asked about rumours that Nawaz Sharif is attending meetings and conversations with non-political groups in London, Ayaz Sadiq confirmed such meetings but claimed to be unaware of the agenda and contents.

He went on to say that the concerned circles are aware that the public holds them accountable for Imran Khan’s failings and the PTI’s rise to power.

“People have rejected this experiment in KP’s local bodies elections and hence, the stance of PML-N stands vindicated that the people should be given a chance to elect their rulers and their verdict should be implemented with full zeal,” Ayaz Sadiq emphasised.

He neither completely rejected nor fully endorsed the concept of an internal change in the National Assembly. He claimed that the PML-N or PPP taking power for three to four months would be equivalent to accepting responsibility for Imran Khan’s failings. “We are not ready for the in-house change right now, but we may be ready for it in the time to come.”

In response to a query on whether Shahbaz Sharif and Maryam Nawaz will head the PML-N, he indicated that Nawaz Sharif will lead the party. The former enjoys the support of legislators, but the latter has widespread public support. “If I tell you everything right now, our plan will be revealed,” he added.

Ayaz Sadiq suggested that Nawaz Sharif could return sooner than “I announced in my address” in response to an inquiry about his assertion that he would return soon.