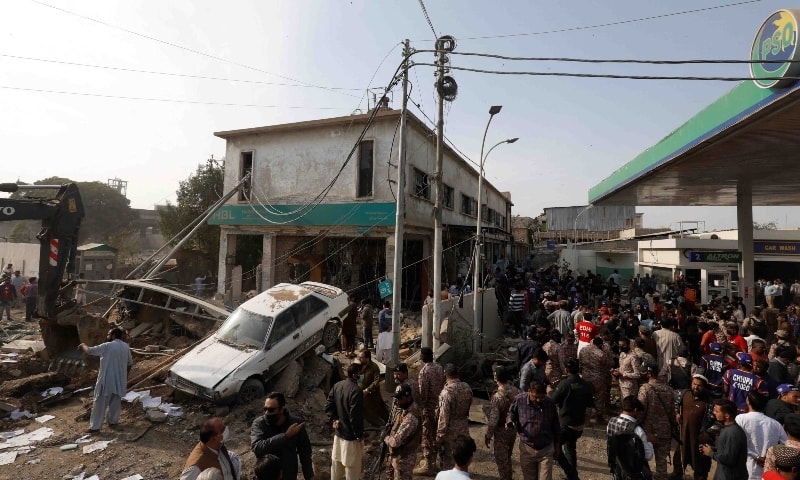 KARACHI: On Wednesday, another person died who got injured in a blast in Karachi’s Shershah area, bringing the overall death toll to 18.

Deceased name Jamil Ahmad, a resident of Rajanpur, Punjab, has been taken to his native town for burial.

On December 18, 2021, a building housing a private bank collapsed after an explosion caused by an accumulation of gases in the drain underneath.

Moments later, another blast occurred in a gas pipeline at the same place injuring a rescue official.

A bomb disposal squad (BDS) in a report stated that the blast occurred due to the release of gases from the sewerage line beneath the building housing the bank and another office.