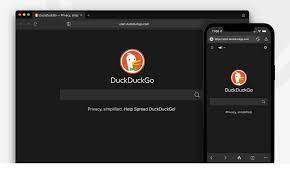 DuckDuckGo, the firm best known for its privacy-focused search engine of the same name, has released a beta version of its desktop browser geared at enhancing online anonymity.

In a blog post, DuckDuckGo CEO Gabriel Weinberg detailed the new browser’s capabilities as well as the features it would include.

The blog read that from improvements to search, tracker blocking, and our mobile app, to new features like Email Protection and App Tracking Protection, DuckDuckGo is building a simple privacy layer for how people use the Internet today.

Free email forwarding service that removes trackers in your email and protects the privacy of your personal email address without asking you to change email providers.

This feature helps in blocking third-party trackers like Google and Facebook lurking in other apps and DuckDuckGo has claimed that after installing it the users would be surprised to see the intervention from apps in their devices.

Sometimes trackers aren’t exactly hidden though: they can also be associated with embedded content on pages, like posts, comments, and other content from Facebook. This year our browser extension got a new feature that identifies this content from Facebook, blocks it on websites before it loads, and gives users the choice to load the content if they want to.

This feature added new animation options to the Fire Button so now instead of burning your data, you can choose to flush it down a virtual drain or watch it get blown away!

In addition, some other app improvements we made this year include adding a “Fireproofing” prompt so you have the choice to keep certain sites logged in between burns, a new setting to change font sizes on web content, simplifying the search bar.

According to the blog, they’re creating a desktop app based on the OS’s built-in rendering engines (much as on mobile), which will allow them to remove a lot of the extraneous cruft and clutter that’s developed over time in major browsers.