Humayun Saeed secures a Golden Visa from the UAE 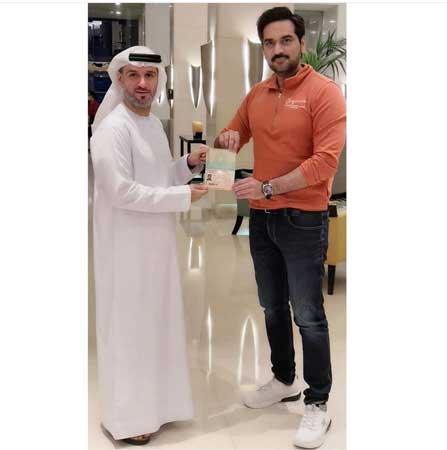 TV and film star Humayun Saeed has received a Golden Visa from the UAE government, the actor announced on Friday. The Jawani Phir Nahi Ani actor shared the news in a lengthy Instagram post, posing beside a UAE government official with his new visa in hand. “Honoured to receive the Golden Visa from the UAE. Very grateful for all the love and appreciation the people of UAE have always shown to me and my work,” he wrote. Humayun added that his family has always loved Dubai and will now be visiting more often. He also specially thanked the UAE government and the Dubai Film and TV Commission for the honour. With a golden visa, foreigners can live, work and study in the UAE without the need of a national sponsor and with 100 per cent ownership of their business on the UAE’s mainland. Other stars who have received the prestigious golden visa include Cristiano Ronaldo, Shah Rukh Khan, Sanjay Dutt, Suniel Shetty etc.