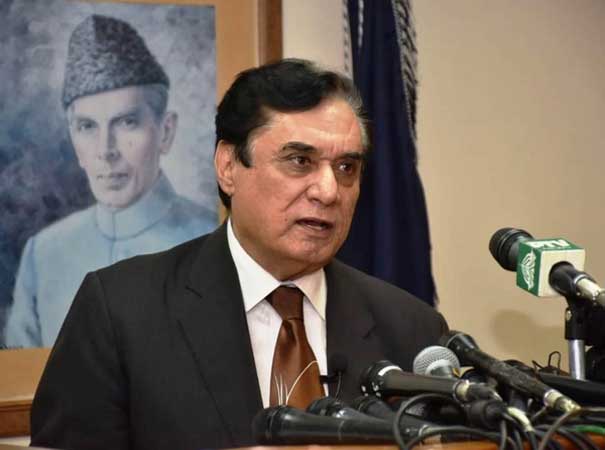 The fight against corruption is the top most priority of National Accountability Bureau (NAB). Those who looted billions of rupees from the country and the nation will be brought to a logical conclusion as per law, NAB Chairman Justice (r) Javed Iqbal said while addressing a meeting held to review the progress on mega corruption cases.

He said that NAB gives top priority to fight against corruption. He vowed taking the cases of plunderers of billion of rupee to logical conclusion as per law. NAB is an anti-corruption institution, which has no affiliation with any political party, individual or group but state of Pakistan. NAB officials have been performing their duties in accordance with law with the realization that eradication of corruption is their national duty.

Corruption is the major hurdle in the way of progress and it created injustice and poverty, depriving deserving person of due rights. He said that NAB has formulated a comprehensive anti-corruption strategy of awareness, prevention and enforcement of law under the policy of “Accountability for All” which was appreciated by reputable national and international bodies. He said that according to Gilani & Gallup survey, 59 percent of people trust NAB. During the tenure of Justice Javed, the anti-corruption watchdog had recovered Rs. 539 billion from corrupt elements directly and indirectly from Oct 2017 to Nov 2021, besides taking the big fish in the dock.Any other such institution is failed to exhibit matching performance as shown by NAB.

Besides overall recovery of Rs. 821 billion, NAB has filed 1,278 corruption references in various learned Accountability Courts which are under adjudication and their approximate worth is 1,335 billion, said Javed Iqbal. He said that NAB is a role model for SAARC countries, including Sri Lanka, Bangladesh, Nepal and Bhutan.