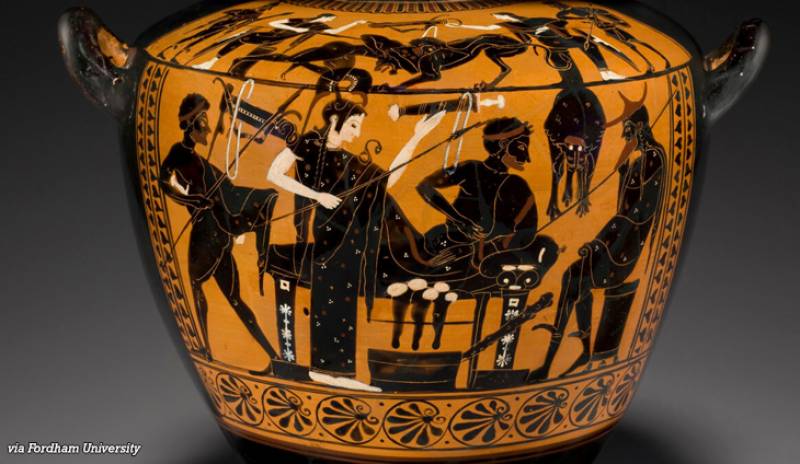 A New York prosecutor announced Wednesday the return of 200 antiquities valued at $10 million to Italy and 100 artifacts to Pakistan, the latest stolen artworks to be recovered by United States investigators.

The works include a ceramic vessel dated from the 7th Century B.C.E. called “Pithos with Ulysses” and a terracotta image of a goddess entitled “A Head of a Maiden” from the 4th Century B.C.E.

He was an Italian New York-based antiquities dealer who left the United States in 2003.

Vance said Almagia was investigated in Italy for trafficking and selling looted artifacts to US buyers but remains at large.

Vance added that 100 of the returned artworks had been seized from the Fordham Museum of Greek, Etruscan, and Roman Art in New York.

The New York district attorney’s office has returned more than 70 antiquities to 14 countries since August 2020, including almost 30 relics to Cambodia, 100 artefacts to Pakistan, and almost 250 items to India.

Earlier this month, Vance announced that prominent US art collector and billionaire philanthropist Michael Steinhardt had returned 180 works of art and antiquities stolen from around the world — some from ancient Greece — that are estimated to be worth $70 million.

The move allowed the 80-year-old to avoid indictment and trial for the time being, but bans him for life from acquiring antiques on the legal art market.