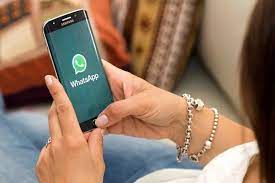 WhatsApp, the meta-owned messaging service, will soon allow group managers to remove unwanted messages for everyone, according to the program’s developers, who have started testing the new feature.

WhatsApp is also going to provide group admins with the ability to determine whether messages should be kept in the chats or deleted for everyone.

The feature will empower all admins of a group at once for deleting objectionable messages after the rolling out of the future update.

According to the report, the feature is yet to launch for beta testers, however, it is unclear whether WhatsApp will release a stable rollout of it or not.

Earlier, it emerged that WhatsApp is working to restrict the visibility of last seen and online status updates for unknown people in its new privacy measures.

The update has apparently been made accessible to select Android and iOS users, but it is not yet available to all users.

According to WABetaInfo, it will allow users to remain anonymous and prevent third-party apps from spying on their WhatsApp conversations. The app’s support platform appears to have confirmed the rollout of the privacy enhancement upgrade.