‘Belfast’ and ‘Power of the Dog’ top nominations for Golden Globes

Kenneth Branagh’s childhood-inspired “Belfast” and Jane Campion’s dark Western “The Power of the Dog” topped Monday’s Golden Globes nominations, as the troubled awards seek to overcome a dispute over diversity and transparency.

The Hollywood Foreign Press Association, which votes on the Globes, has been under fire over allegations of racism, sexism, bullying and corruption.

The Globes awards party usually features A-listers, but the stars are expected to stay away next month and TV network NBC has dropped its broadcast. It is unclear if a physical ceremony will be held, or if winners will even accept their prizes when they are unveiled on January 9. “It’s not going to be the usual event, but we always said that no matter what we would nominate and we would hand out the awards,” HFPA president Helen Hoehne told AFP at the nominations announcement in Beverly Hills.

“We have a long history of handing out the award and we just wanted to continue to do it like we always have in the past.”

“Belfast” and “Power of the Dog” headed the nominations with seven nods apiece for the 79th Golden Globe awards.

Steven Spielberg’s acclaimed remake of “West Side Story” was among the best comedy or musical contenders, while HBO drama “Succession” topped the Globes’ television section, with five nominations. The Golden Globes have traditionally been second in importance only to the Oscars in Hollywood’s film award season, but their future has been called into question.

More than 100 Tinseltown publicists wrote to the HFPA in March demanding an end to “discriminatory behaviour, unprofessionalism, ethical impropriety and alleged financial corruption.”

The organisation has rushed through reforms, including admitting its biggest ever annual intake of new members earlier this year. 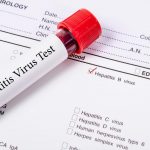 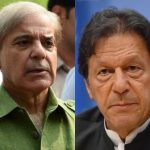 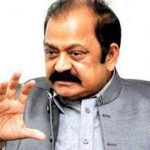