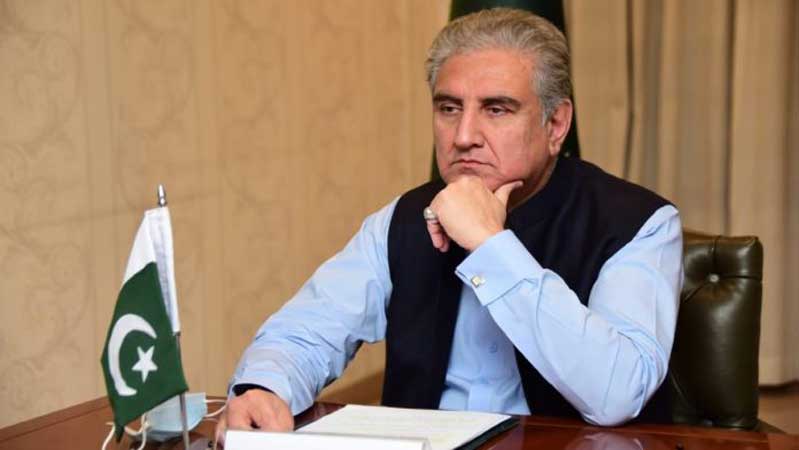 Pakistan on Saturday announced to host an extraordinary session of the Council of Foreign Ministers of the OIC countries on December 19, with core objectives of highlighting the need for urgent assistance and mobilization of resources to avert a humanitarian crisis and economic collapse in the war-torn country.

“If we don’t pay timely attention, half of Afghanistan’s population or 22.8 million people can face food shortage and 3.2 million children may face malnutrition.

This is the magnitude which we and the world should understand,” Foreign Minister Shah Mahmood Qureshi said at a news conference here.

He said considering the gravity of the situation, Pakistan made an effort and moved ahead to host the international event realizing that, if not addressed timely, the situation would have dire consequences for Afghanistan, its neighbours as well as the whole region.

He said the country could face an economic collapse if the frozen assets were not released to cope with the burgeoning needs.

He said such an extraordinary session OIC FMs on the Afghanistan situation would be held after 41 years with the first held in 1980.

He said besides the foreign ministers of the OIC countries, Pakistan also invited the special representatives of P-5 countries including the US, China, Russia, France and the UK.

Moreover, the High Representative of the European Union on Foreign Affairs was also invited and that the invitation would also be extended to the World Bank and relevant UN agencies which could assist in the whole process.

Moreover, with a mere objective of evolving an international consensus, Pakistan would also invite important countries like Germany, Japan, Canada and Australia.

Foreign Minister Qureshi said Pakistan also desired to invite a high-level delegation of Afghanistan to interact with the visiting dignitaries and apprise them of the latest on-ground situation.

He said prior to the session, the senior officials of the respective countries would meet here besides the officials of the OIC Secretariat to be arriving even more earlier around December 1 to oversee the preparations.

Qureshi said the idea of holding the session on Afghanistan emerged during the meeting between Prime Minister Imran Khan and Saudi Crown Prince Muhammad bin Salman in Riyadh on the sideline of the Green Summit.

It was discussed that as Afghanistan was the founding member of the OIC, so the Muslim Ummah should also make efforts for the brotherly country to steer it out of the difficult situation.