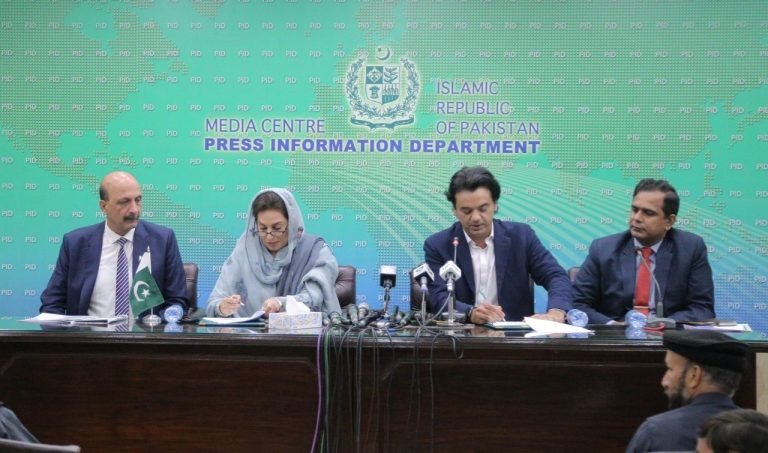 ISLAMABAD: Federal Minister for Inter-Provincial Coordination (IPC) Dr. Fehmida Mirza has signed a Memorandum of Understanding (MoU) with the Special Assistant to the PM on Youth Affairs Usman Dar for the uplifting and encouragement of the youth in sports.

“The MoU is aimed for working with coordination (IPC & Youth Affairs) for the promotion and encouragement of youth in sports. Sports in the country are damaged and the youth is held, hostage. It is important that the government provides opportunities to youth for their upbringing,” she said while addressing a press conference along with Special Assistant to the PM on Youth Affairs Usman Dar here on Friday. Director General Pakistan Sports Board (PSB) Col (R) Muhammad Asif Zaman and Higher Education Commission (HEC) Director Sports Javed Memon were also present on the occasion.

She said 2021-2022 was declared a sports year and we had planned a number of activities for it. “Some activities are underway in the provinces while some will be carried on with the universities. We want to regain the lost glory in our games of hockey, squash etc,” she said and added that youth should come to the grounds and indulge themselves in healthy sports activities.

To a question, she said when she took over there was no structure of sports governance and she head downed the mafias who were damaging the games. “After the 18th amendment sports and its resources were gone to the regions and the Pakistan Sports Board (PSB) cannot promote and regulate sports without the regions,” she said.

She said the facilities here at the Pakistan Sports Complex and in provinces were also being upgraded. “All provinces should have a sports minister to give top priority to the games. We won’t let anyone spoil the future of the youth even if we have to bring in coaches from abroad we would do it. We have also kept a hockey astro-turf for Muzaffarabad,” she said.

She said the issue of the Pakistan Football Federation (PFF) with the International Football Federation (FIFA) would also be resolved soon. “For the first time, FIFA wants to sit and work with us (government). The normalization committee will sit with us and discuss the election process of PFF,” she said. Speaking about athlete Arshad Nadeem, the minister said the ministry and PSB has and would support him at all levels and were proud of him for displaying superb performance at the Tokyo Olympics.