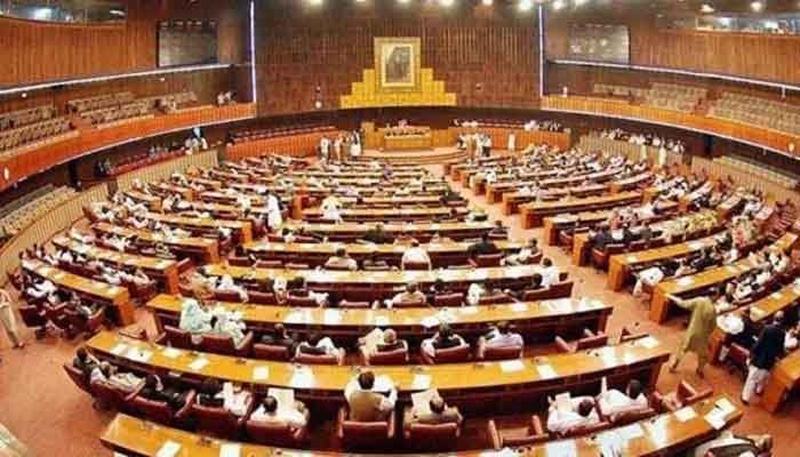 The opposition parties have decided to boycott Dec 6 in-camera briefing of the parliamentary committee on national security, citing the ‘dictatorial’ behaviour of the government as the reason.

The united opposition, in a statement, said they were part of the anti-government Pakistan Democratic Movement and always considered the issues related to the Constitution, law, national security and general public serious and important.

The statement said the opposition parties and their leaders not only attended briefings on these issues, despite the absence of the prime minister, but also provided recommendations about solving the issues. The statement said the government’s ‘dictatorial’ attitude and their recent move to bulldoze important bills in Parliament prompted the opposition to boycott the in-camera briefing session.

The statement said it was disappointing that the government was turning the Parliament into a “rubber-stamp” institution with its recent actions. The opposition accused the government of not raising important issues related to external and internal threats and those concerning the common man, adding that it was tackling vital issues through such in-camera briefings. “In reality, it is the government that has practically boycotted the Parliament, which is a constitutional and legal forum of the public,” said the statement.

The opposition said the prime minister had not attended the parliamentary briefings and sessions, giving an example of a session on the Indian Illegally Occupied Jammu and Kashmir. The statement added that it indicated how the prime minister did not believe in the democratic spirit of consultation and the importance of tolerating differing opinions.

It said in such circumstances, attending the in-camera briefing session would help the government stage another drama that has nothing to do with the critical issues facing the country. Criticizing National Security Advisor Moeed Yusuf, the opposition stated that it believed he was deprived of the relevant authority and was just a “showpiece”. The opposition said even in the current contentious era, they gave priority to the interests of Pakistan and the people and played role in keeping away all kinds of political sub-interests and affiliations.

The opposition further stated that important internal and external, national and public issues were not brought forth in the parliament, and were not being debated in the House, which was a matter of the Constitution.

Rather the parliament has constantly been ignored and matters are being held through in-camera briefings, the joint opposition said.

According to the united opposition, the ruling PTI had practically boycotted the parliament, which was the basic constitutional, legal and public forum in a democracy.

The opposition lambasted what it called the “selected” Prime Minister Imran Khan for not attending meetings on important national issues, including the one on the Indian Illegally-Occupied Jammu and Kashmir (IIOJK) because not only was he ignorant of the democratic spirit of consultation, but was also “unknowledgeable” about the importance of different views in decision making and the usefulness of opposing views.

Earlier this week, National Assembly Speaker Asad Qaiser summoned an in-camera session of the Parliamentary Committee on National Security to discuss the security situation in the region as well as the country on December 6.

The NA speaker was to preside over the meeting and NSA Dr Moeed was to give a briefing to the parliamentarians on the security situation of the region as well as the country in particular.

All parliamentary leaders from both sides of the aisle, including the Leader of the Opposition Shehbaz Sharif, were invited to the meeting.