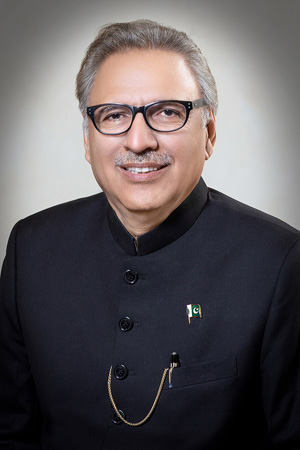 President Arif Alvi on Monday said prevention was most important for dental health and there was need to create awareness among masses regarding dental hygiene.

He stated this while addressing as a chief guest at Memorandum of Understanding (MoU) signing ceremony between Alvi Dental Hospital and Bringing Smiles Inc. of USA here at the Governor House.

The president said dentists should focus on the needs of society and dental health of masses rather prioritizing the financial gains.

Arif Alvi said honesty with the patients was the major asset for any healthcare professional. He appreciated the agreement between the Alvi Dental Hospital and Bringing Smiles Inc. USA. The MoU would ensure affordable and quality dentistry for general public in the country, he added.

The president said the project would bring about 25 billion dollars investment in the country and would create opportunities for healthcare professional.

Speaking on the occasion Awwab Alvi of Alvi Dental Hospital said the project was not initiated overnight but the brief homework was done for this. Under the agreement, he said, multiple dental health clinics would be established across the country. He said there was no shortage of quality doctors. The agreement would create numerous opportunities and the best doctors would be engaged in the project which would ensure cheaper dentistry in Pakistan, he added.

Dr. Anas Athar of Bringing Smiles Inc. of USA addressing on the occasion said the project was expected to bring investments of 25 billion dollars in Pakistan.

He said approximately 90% of Pakistan’s population was suffering from some kind of dental issues. It was a big challenge and awareness regarding dental hygiene and health was needed to be created, he added.

After the MoU between Alvi Dental Hospital and Bringing Smiles Inc. USA, the group was named as Inspire Dental Network (Pvt.) Ltd. (IDN).

IDN will work towards the improvement of oral health in Pakistan by facilitating the young dentists to setup their own clinics under supervision with standard and uniformed procedures which match with the highest levels of hygiene standards.

IDN has the vision of working towards economic development and employment creation in Pakistan for the deserving educated and trained youth of the country in the field of dentistry by enabling them through access to funding, technology and knowledge under the supervision of the leading dentistry practices in Pakistan and the USA. The MoU was signed by Awwab Alvi of Alvi Dental Hospital and Dr. Anas Athar of Bringing Smiles Inc. which was witnessed by President Arif Alvi and First Lady Samina Arif Alvi.

Meanwhile, President Dr. Arif Alvi on Monday emphasized on the best quality professionalism coupled with high moral values to project positive image of the country before the world.

Dr. Arif Alvi congratulated the ASF passing out trainees for completing their 24-week airport security training course at the best ASF academy, which had included them among the best forces of the world. He hoped the ASF would continue to serve the country with same high national spirit and dedication. “Your professionalism is gauged and image is built among the public when they find you treating them very politely along with fulfilling the national security demand,” he said adding that ASF won big appreciation during COVID-19 outbreak through its best service against chaos at most of the airports in the world. Similarly, during recent evacuation from Afghanistan, the ASF service was praised. That positive image also went to outside world. Foreigners did conceive picture about Pakistan when they landed at our airports and received what kind of services and treatment, he added,

He expressed his satisfaction that good number of females were part of ASF, like in many other professions. He quoted Quaid-e-Azam’s saying that Pakistan would progress and prosper when females would participate in every profession shoulder-to-shoulder with males.

He also witnessed the march past of the trainees before distributing prizes among the achievers of distinguished positions in the training course.