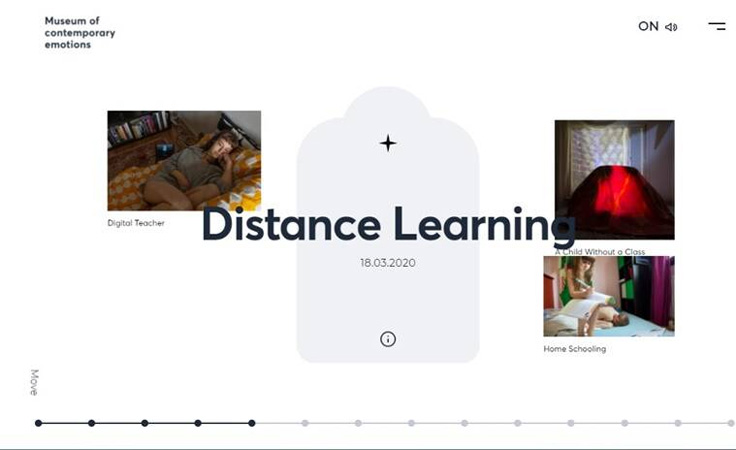 Finland’s Museum of Contemporary Emotions is an online museum that was developed to help the country’s people tackle the emotional and psychological impact of the coronavirus pandemic.

But the interactive platform may just be relevant for an international audience and its digital form makes it easily accessible for people around the world.

Soon after the coronavirus pandemic resulted in international border closures and forced governments to declare emergencies around the world, countries began rapidly analysing ways in which this global public health crisis could be tackled. Finland went one step further by launching the ‘Finland Forward’ project in the spring of 2020 “to support the ability of people and society to cope with crises and to strengthen psychological resilience through communication.”

One of the results of this project was the Museum of Contemporary Emotions, launched this October, which attempts to help people reflect on the emotions that were triggered by the COVID-19 pandemic and to recover emotionally.

“This idea of the museum was born in spring 2020 when….we were living in a state of emergency. The purpose was to find a form of archiving the time that we were going through in Finland and globally,” said Johanna Kaprio-Papageorgiou, Senior Communications Specialist at the Finnish Prime Minister’s Office in an interview with indianexpress.com. “The idea of this museum is to archive the time, but also to support dealing with this very demanding period, to put words to what has happened and to allow us to share our emotions that we’ve all been through.” 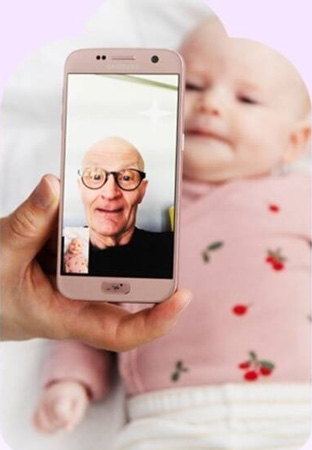 The museum marks milestones during Finland’s state of emergency in 2020 and highlights the collective experiences of people in the country. The team behind this initiative told indianexpress.com that it is a product of examining people’s feelings and emotions after WHO’s declaration that coronavirus was a pandemic, by studying statistics, popular consumption patterns, search engine trends, surveys, trends online and on social media, news, behaviour etc.

Lockdowns and restrictions on movement in public spaces were implemented rapidly and suddenly in several parts of the world, including in India, with public health regulations demanding strict adherence to protocols. “There was really no time to look at what that does to us as people, what are our emotions, how we feel about it, how we cope with it. We felt that it would be quite important to dig into emotions and show people that this was quite normal and healthy and that other people felt like this,” said Tobias Wacker, Creative Director of hasan & partners, a Finnish brand management company that was the creative designer behind this museum.

The brief to Wacker was very simple, he told indianexpress.com: the aim was to create a museum “that would maybe reduce the feeling of loneliness and the emotional impact of the pandemic to the citizens.”

A DW report from November 2020 indicated that analysis of data from last year shows that coronavirus infections were lower in Finland than in the rest of Europe. There were several reasons for these low infection rates, according to the report: Finland’s swift response to curb spread, its efficient tracking and tracing methods and more importantly, citizen’s trust in the Finnish government’s handling of the pandemic.

“It really allows people to reflect without anyone telling them that you are right or you are wrong or you should feel like this or that,” Wacker said of the museum. “It helps people dive into their own emotions and into the journey of last year, but also a bit on why I feel the way I do. So it is a good self-reflection tool as well.”

The museum draws on the theory of American psychologist Paul Ekman study of emotions where he states that there are six basic human emotions: anger, surprise, disgust, happiness, fear and sadness. Visitors are encouraged to process their own emotions and engage in self-reflection from the perspective of their experiences during the pandemic.

In many ways, the museum is a representation of the kind of discussions that have been happening in the country. “Mental health issues have been discussed significantly in Finland, especially during the pandemic. When we spoke with psychotherapists and behavioural scientists, they said one of the crucial elements of our ability to keep up with the current situation was to provide people the experience of being seen and heard. So we tried to create that kind of the people of Finland,” explained Päivi Tampere, Head of Communications at Finland’s Prime Minister’s Office.

While the impact of the pandemic on physical health has been given great importance, many governments have paid less attention to and ignored the pandemic’s psychological and emotional impact on individuals and families from different socio-economic and cultural groups. “It is not characteristic of Finns to talk about feelings,” said Kaprio-Papageorgiou. But that may be changing, and the museum is a reflection of this development that can be seen in Finnish society. “Topics like diversity, mental health, equality, are extremely important, and Finland has always been a very open and equal society, which has to do with the Scandinavian state where every individual is important. But it hasn’t always been that way, it’s been a closed society as well,” explained Wacker. “It has become very normal here to talk about emotions and one of the biggest topics to talk about is mental health.”

While not everyone experienced the pandemic in the same way, some experiences like lockdowns, travel restrictions, restrictions on social gatherings etc, were experienced in comparable ways in many countries around the world. While the museum was largely created with a Finnish audience in mind, Wacker believes that its message and concept is relatable for people elsewhere as well.

“It was of course made for Finland and the examples we used are (local) but the idea is very universal. The pandemic was hitting everybody in the same way,” he said. “Usually things impact one country heavier than others, but many things were universal.” Wacker points to experiences like remote teaching and staying at home that were witnessed in most countries.

He believes that the timing of the launch of the museum has been just right. “If we had opened last June, there wouldn’t have been much to look into.” The first wave of the pandemic hit the world so unexpectedly and so suddenly, that there wasn’t enough scope for people to introspect on mental health and feelings. Now, with people having become more accustomed to existing alongside the everyday restrictions and challenges that the pandemic has brought, they perhaps now have an opportunity to reflect.

While the museum may have been formed with the coronavirus pandemic in mind, its purpose isn’t necessarily limited to the ongoing situation, said Jenny Thuneberg, Communications Specialist at the Finnish Prime Minister’s Office. “I’ve realised that the museum works even outside the Covid-19 situation. It’s like you are talking with a friend or a therapist; a person who reflects on feelings so that they can be used in a universal way.” Although built with Finland’s residents in mind, this museum can be accessed and experienced by people around the world. In the process, the team behind the Museum of Contemporary Emotions hopes that people find the assistance that they need to help them cope. “The core idea is that it is a tool for self reflection, whenever you are willing and ready to do it,” said Tampere.