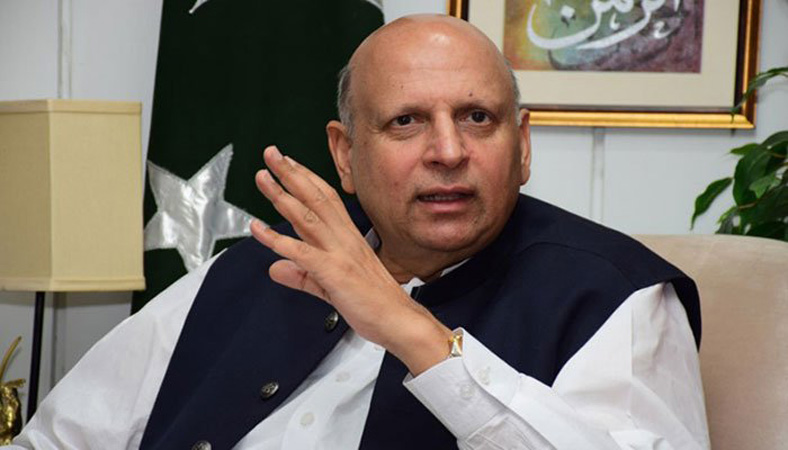 Governor Punjab Chaudhry Sarwar has said that Pakistan always stands for peace, but India is engaged in hatching conspiracies against the peace in the region.

The world should take note of India’s anti-peace designs. India is not tolerating peace anywhere in the region including Afghanistan. The government has taken a clear stance that overseas Pakistanis will use their voting right in the general elections.

According to a statement issued from Governor House Lahore, Governor Chaudhry Sarwar during his visit to UK Scotland accompanied by Pakistani Consul General in Scotland Syed Zahid Raza, met and talked with Scottish Parliament members Pam Duncan and Paul O’Kane. He also addressed a cake-cutting ceremony for overseas Pakistanis in celebration of their right to vote. He discussed the current situation in Afghanistan and the region during a meeting with members of the Scottish Parliament. Ongoing Indian atrocities in Kashmir and other issues including Indian government’s brutal acts with Indian Muslims were also discussed.

Talking to the members of Scottish Parliament, Governor Sarwar said that peace in the whole region including Afghanistan is the top priority of Pakistan for which the government of Pakistan under the leadership of Prime Minister Imran Khan is mobilizing all resources, adding the dream of prosperity cannot be fulfilled till the maintenance of peace in the region. He underlined the need that the international community including Britain and the United States should work together to provide the Afghan people basic facilities, including food, health and education.