* In an exclusive chat with indianexpress.com, Rakhi said that she will come back to the reality show every year, as she believes she can add the much-needed entertainment 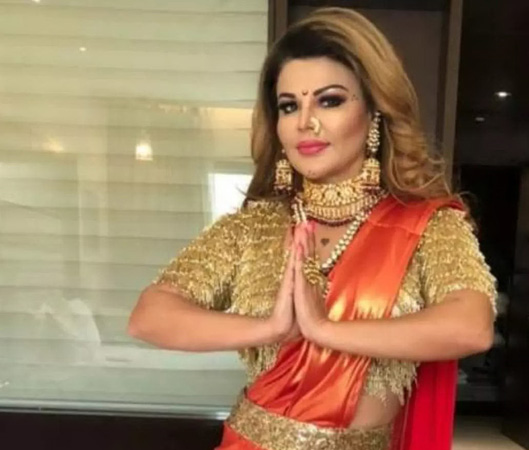 In a surprising move, Bigg Boss 15 makers have invited Rakhi Sawant back into the house as a wild card. While she was one of the most talked-about contestants in the first season, she was back on the show last year and even managed to emerge as the finalist. This time, the dancer-actor will reportedly be joined by her husband Ritesh, about whom she spoke at length last season.

In an exclusive chat with indianexpress.com, Rakhi said that she will come back to the reality show every year, as she believes she can add the much-needed entertainment. While she feels that the audience wants to keep seeing her on the show, we asked her if her presence will also turn out to be an overdose for many.

“If that was the case, I don’t think any serial would have worked year after year. People love and watch their bahus looking and doing the same thing over and over again. The world might get boring but my fans will never get enough of me. I will add my own tadka to the season. For those who don’t like me, well they don’t need to watch. I am here for my public,” she said.

While Rakhi Sawant said she couldn’t reveal anything about her husband, she shared that he looks exactly like “Tiger Shroff, Shahid Kapoor, Ranveer Singh and Arjun Kapoor”, adding that she is scared that girls would fall for him, given he is “so good looking, educated and rich.”

She added, “I never thought he would come with me but when he agreed, I knew this was the chance to reveal him to the world. I am so proud of him, and also excited about our new journey. I am entering as a wife this time, so let’s see how it goes.”

Given fans enjoyed her chemistry with Abhinav Shukla last year, we quizzed Rakhi Sawant if being the ‘wife’ inside the house will restrict her entertainment. She said, “I don’t think I would like to comment on this. Honestly, we might say a lot right now but what if that doesn’t transpire on the show. I had told Salman sir that I am married and there’s no scope of love last time when I came. However, I did fall for Abhinav. I will be able to gauge my feelings once I am inside the house.”

Dissecting the contestants’ game this time, the Main Hoon Na actor said that she wouldn’t like to name one housemate but feels the season lacks fun. Rakhi also said that she isn’t going to spoil anyone’s game or seek revenge as she believes everyone can co-exist and together create an enjoyable season for fans.

Lastly, Rakhi Sawant said that more than anything, she wants to win fans’ love. “Last year, I stepped out taking Rs 14 lakh. If the trophy is in my destiny, I will get it this season. Otherwise, I just hope I manage to win more hearts than last time.”