Petrol dealers call off strike after deal with government 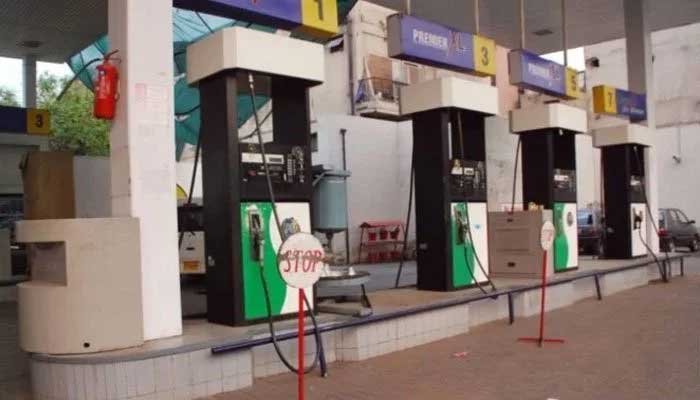 The All Pakistan Petrol Pumps Dealers Association on Thursday called off a nationwide strike against the government’s failure to increase their profit margin, a private TV channel reported.

The government and the association’s chairman, Abdul Sami Khan, reached the agreement after holding day-long negotiations. Adviser to the Prime Minister on Finance Shaukat Tarin and Petroleum Secretary Dr Arshad Mahmood were part of the government team.

Association spokesperson Jahanzaib Malik told the TV channel that petroleum dealers had called off the nationwide strike. He said that they had initially demanded a six per cent increase in their profit margin, but the government had agreed to a 4.4pc increase.

Earlier in the day, Federal Minister for Energy Hammad Azhar had said petrol prices could not be increased by Rs9 just to benefit a few companies. His remarks came after the petroleum dealers went on a countrywide strike, which Hammad termed a guise for their demands of price increase to be met. “We will accept legitimate demands, but will not accept illegitimate ones,” he maintained, adding that it was not right to bother citizens.

A spokesperson for the Oil and Gas Regulatory Authority (OGRA) stated that the authority was in touch with all companies to ensure the uninterrupted supply of petrol. “OGRA is trying to work with all stakeholders to supply petroleum products,” they added.

In Karachi, commuters rushed to the petrol pumps to get their fuel tanks filled in long queues, which disrupted the traffic movement on major arteries of Karachi.

Citizens were worried Thursday morning over not finding petrol at petrol stations across the city.

Most petrol pumps in Islamabad and Rawalpindi were also closed, causing problems for citizens. The petrol dealers association has shuttered petrol pumps across Peshawar as well, saying that the strike will continue till the government fulfils their dealers’ demands. Petrol pumps in most areas of Balochistan’s provincial capital, Quetta, also remained closed Thursday due to the strike.