No disputed remarks were made during Asma Jahangir Conference, claims Bhoon 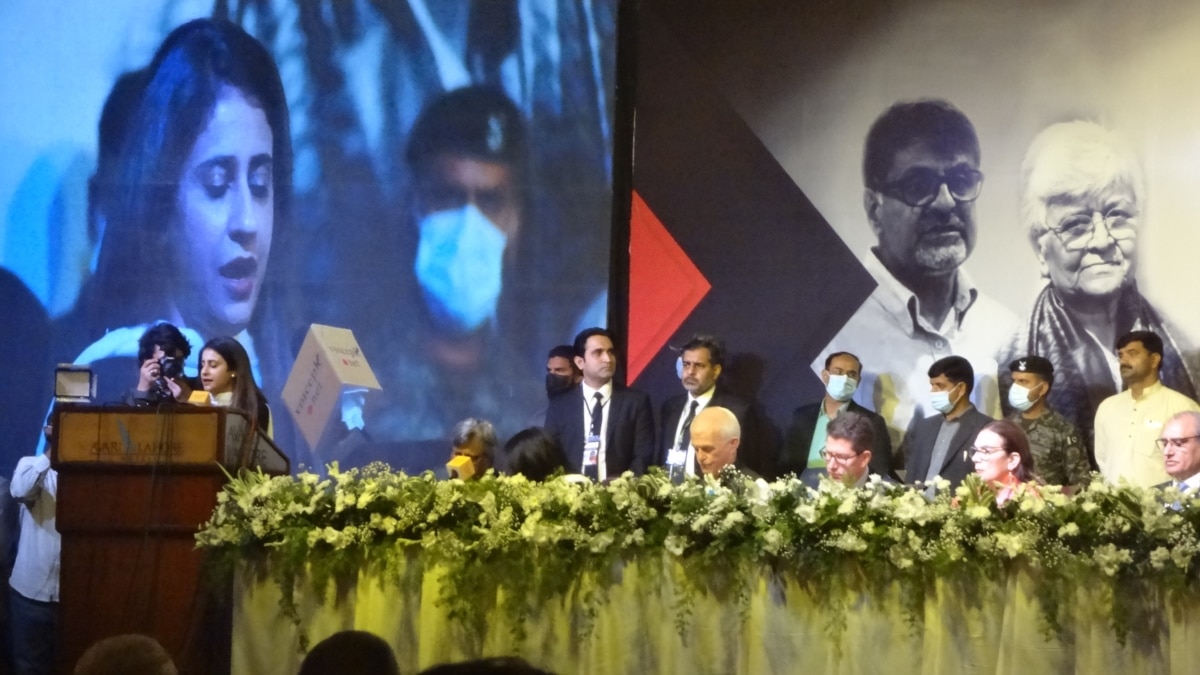 KARACHI: On Monday, Supreme Court Bar Association (SCBA) President Ahsan Bhoon maintained that no contentious remarks were made during the 3rd Asma Jahangir Conference, responding to the criticism made by the senior government functionaries.

The conference made headlines when Information Minister Fawad Chauhdry refused to attend a session, saying it is a contempt that an absconder [former prime minister Nawaz Sharif] is allowed to speak after top judges spoke at the event.

Meanwhile, some participants had also made aggressive speeches during the conference.

While talking to journalists, the SCBA president denounced the statement of making the conference controversial.

He said that former chief justice Saqib Nisar had rejected the audio tape of his alleged conversion about former prime minister Nawaz Sharif and his family circulating on social media, adding that he would not comment on it as the issue was premature.

“Criticism could be made within parameters of the law but not as part of a conspiracy,” Bhoon maintained.

Earlier on November 21, Fawad Chaudhry had said that the conclusion of the Asma Jahangir conference with PML-N supremo Nawaz Sharif’s speech was “a contempt of judges and judiciary”.

“Conference addressed by CJP and senior judges was concluding with a speech by an absconder. It’s nothing but contempt of judges and the judiciary,” Chaudhry had tweeted.

The federal minister later had said that he had turned down the invitation to the event, held in Lahore in memory of late human rights activist and trailblazing lawyer Asma Jahangir.

“I had been invited to the Asma Jahangir Conference today. I was told that the conference will conclude with the speech of an absconder,” the minister had said.

Fawad had said that inviting Nawaz Sharif to make a speech at Asma Jahangir Conference was “tantamount to mocking the country and the constitution”, therefore he had excused himself from attending the conference.

He had further said that he had advised the Supreme Court Bar Association to “remain neutral”.

“Advised SCBA that they should remain neutral, only then lawyers can contribute!” he had written.