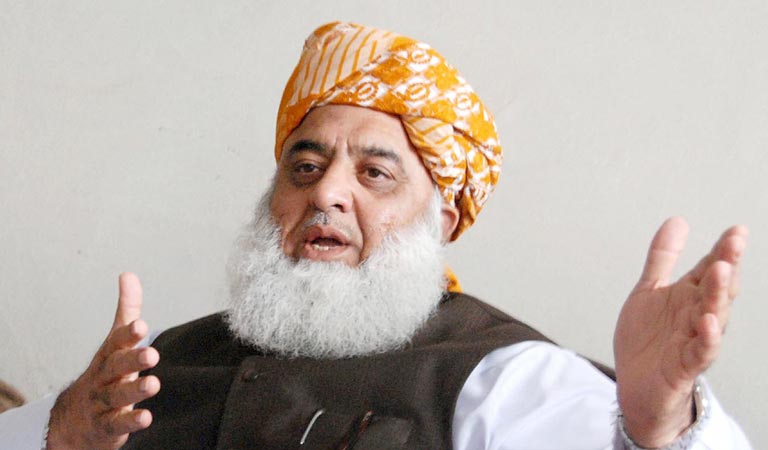 The government has decided to convene the joint sitting as it continues its efforts to coax political allies – the PML-Q and the MQM-P – to rein in their support for the bills it plans to table on the electronic voting machines (EVMs), NAB, and other issues. Addressing a press conference in Islamabad along with other opposition leaders in Quetta, Fazl said, “The incompetent rulers are gearing up to extend their reign. The incumbent government is ruling on a ‘fake’ majority.”

“Struggling against such elements is ‘jihad,” he said, adding that the opposition parties’ lawmakers had received calls, asking them to not attend the joint session, reports the media. The PDM chief claimed that someone else was “pulling the strings of the government”, as it could not function on its own.

“The country is running under oppression,” he said.

Fazl advised the government that if it introduced legislation in the Parliament through coercion, it would hold no value.

Speaking of his meeting with PPP Chairman Bilawal Bhutto, Fazl said he had visited him as “his doors were not closed for anyone.”

bilawal last week met Fazl, with the meeting culminating in both leaders deciding to adopt a joint strategy against the PTI government in the Parliament.

The PDM, a day earlier, had decided to challenge the government’s “controversial” bills in the Supreme Court and ramp up the opposition alliance’s countrywide protests. In a virtual meeting, with PDM chief Fazlur Rehman in the chair, the alliance tasked JUI-F Senator Kamran Murtaza, PML-N Deputy Secretary Atta Tarar, and former prime minister Shahid Khaqan Abbasi with preparing legal grounds for challenging the bills in the top court, a statement said.

The “controversial” bills include The National Accountability (Third Amendment) Ordinance 2021, electronic voting machines, and the bill which seeks to “curtail” the State Bank of Pakistan’s powers and “handing it over to the International Monetary Fund”.

“The participants of the meeting decided to call a meeting of PDM’s steering committee on November 22, in which legal suggestions against the government’s bills will be presented,” the statement said. The steering committee has also been asked to make recommendations for the “decisive” anti-government long march and present them in the PDM leadership’s meeting on November 23.

The Nov 23 meeting will give the final nod for the long march, the statement said.