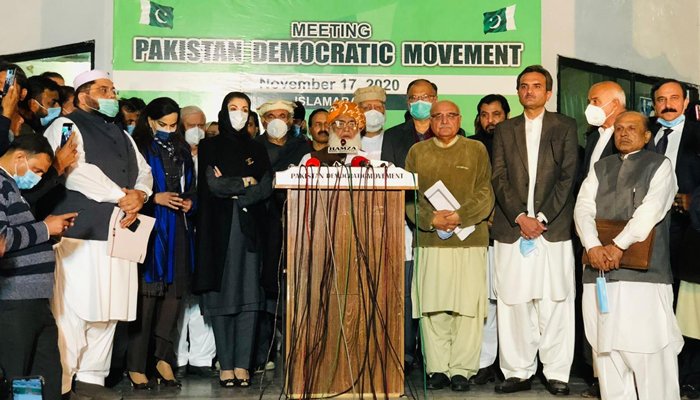 On Monday, the opposition alliance aka Pakistan Democratic Movement (PDM) has decided to take issue with the government’s ‘controversial’ bills in the Supreme Court and speed up the anti-government drive, Daily Times reported.

Kamran Murtaza, Attaullah Tarar and Shahid Khaqan Abbasi were tasked to present proposals to take the bills to the top court. The controversial bills include National Accountability (Third Amendment) Ordinance and EVM. PDM steering committee will meet on November 22 and present proposals and the final decision will be made on November 23.

The participants of the three-hour virtual meeting took up the ongoing political and economic issues. The ruling coalition partners are being forced to second such legislations, they claimed, adding that the PDM would not allow anyone to interfere in its affair.

Earlier, PPP Chairman Bilawal Bhutto Zardari and Fazlur Rehman had a meeting and declared that the opposition stood united in parliament, hinting at giving tough times to the rulers. He called for joint parliamentary action on electronic voting machines (EVMs) and accountability laws emphasizing that the government’s policies can only be criticized through the parliament.