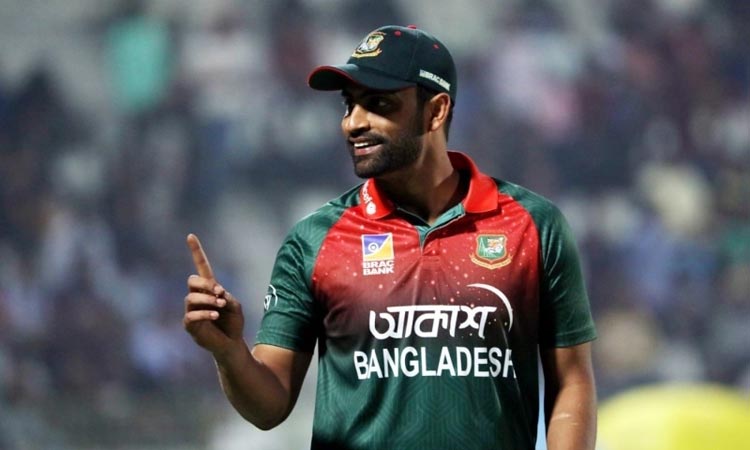 DHAKA: A thumb injury has ruled Tamim Iqbal out of Bangladesh’s two-match Test series against Pakistan starting later this month. An X-ray report on Sunday revealed that he had a fracture on his left thumb, which he had earlier injured during an Everest Premier League match in Kathmandu last month. Tamim completed rehabilitation work on the thumb in the last four weeks, even starting to bat against fast bowling recently at the Shere Bangla National Stadium. He was planning to appear for Chattogram Division in the National Cricket League in the fifth round that began today. But the continued swelling and pain prompted a second look, which showed that a fracture remained.

“The fracture had almost healed but my thumb remained swollen,” Tamim said. “So we wanted to have another X-ray, which revealed that there was a fracture. Probably there were two, but it didn’t come out in the first scan. The finger has gone back into the split. I can’t move it. The whole process has to start again.”Tamim last played for Bangladesh in the ODI series against Zimbabwe in July before a knee injury kept him out of Bangladesh’s build-up for the T20 World Cup. He eventually skipped the tournament to give the other openers a fair chance. Bangladesh will play three T20Is against Pakistan in Dhaka starting this Friday, before the two-match Test series beginning in Chattogram on November 26. The second Test in Dhaka is from December 4. This is Bangladesh’s first series in the World Test Championship’s second cycle. Tamim will now prepare himself for Bangladesh’s tour of New Zealand where they will play two Tests in January. Bangladesh’s next ODIs, where Tamim is the captain, are against Afghanistan in February next year.