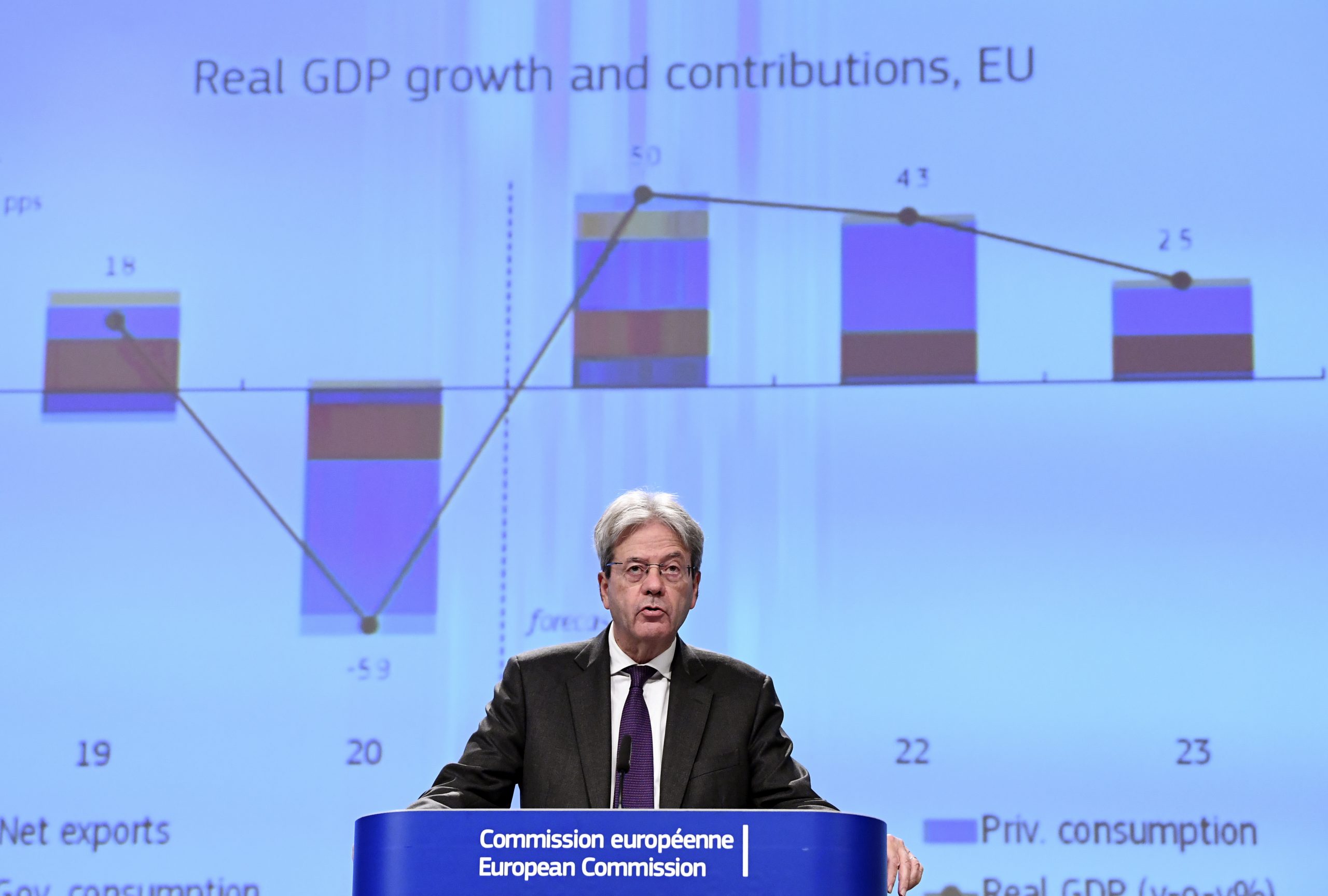 The EU increased its growth forecast for 2021 on Thursday, as the eurozone economy holds strong against higher energy prices, supply chain bottlenecks and a fresh wave of Covid cases.

The European Commission, the EU’s executive arm, predicted that the eurozone economy will expand by five percent, instead of 4.8 percent previously, and by the same amount across all the bloc’s 27 member states.

The prediction for growth next year was brought slightly lower, to 4.5 percent, with a big slowdown seen for 2023, to a still strong 2.4 percent.

The commission insisted that its latest forecasts were marked by great uncertainty and that Covid-related risks could throw its upbeat outlook off course.

“The recovery continues to be heavily dependent on the evolution of the pandemic, both within and outside the EU,” warned EU economic affairs commissioner Paolo Gentiloni.

The commission also said that it expected inflation, a pressing concern worldwide, to peak at 2.6 percent this year before easing slightly next year.

Crucially, the commission proposed that inflation would fall to below target levels in 2023, backing the stance by the European Central Bank that current jumps in consumer prices will subside.

Recent price jumps were “to a large extent linked to the post-pandemic re-opening” and “are still expected to be largely transitory,” the commission said.

Gentiloni pointed to signs in the gas markets that indicated that energy prices were past their peak.

However, forecasting “is a difficult job in these times so we should monitor the situation,” he added.

The forecasts are a quarterly exercise by the EU executive and are used as benchmark for the commission’s oversight of the member state economies, including government spending.

The commission said the public debt levels in Italy, France, Belgium, Greece, Spain and Portugal would remain above 100 percent of GDP through 2023.

This will be a sensitive point politically among northern member states after the EU last month embarked on a reform of its budget rules, which limits public debt to 60 percent of GDP.

Some member states, led by France, are asking for changes to the rules in order to avoid damaging austerity policies that would sap the post pandemic recovery.