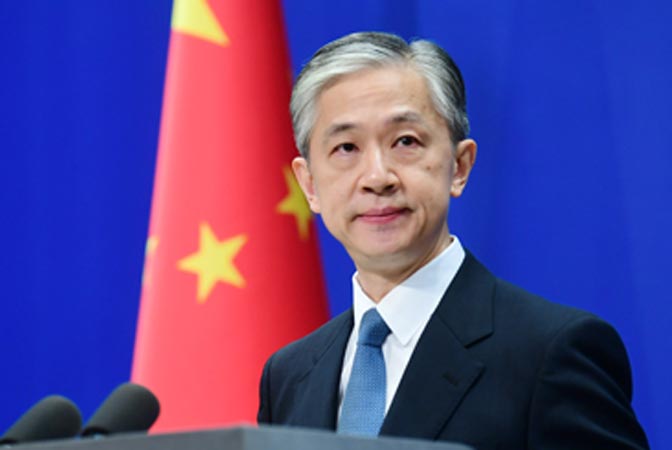 China will not attend regional security dialogue on Afghanistan to be hosted by India, Chinese Foreign Ministry Spokesperson, Wang Wenbin said on Tuesday.

“Due to scheduling reasons, it is inconvenient for China to attend the meeting. We have already given our reply to the Indian side,” he said during his regular briefing while responding to a question about whether China has declined to attend the dialogue. Last month, India invited Russia, China, Iran, Pakistan, and all the central Asian nations to attend the ‘Delhi Regional Security Dialogue on Afghanistan’, scheduled to be held on 10th November. Pakistan’s National Security Adviser (NSA) Moeed Yusuf has already announced that he would not attend the upcoming moot on the Afghanistan issue hosted by India. “I will not go, a spoiler can’t be a peacemaker,” Yusuf had said in response to a question by a reporter about whether Pakistan will be attending.

According to a report by India Today, India will host the Delhi Regional Security Dialogue on Afghanistan today which will be chaired by Indian National Security Adviser (NSA) Ajit Doval. According to the Indian Ministry of External Affairs, the “high-level dialogue will review and deliberate upon measures to address relevant security challenges and support the people of Afghanistan in promoting peace, security and stability”. The report added that seven countries had confirmed that they would participate in the meeting, namely Iran, Kazakhstan, Kyrgyz Republic, Russia, Tajikistan, Turkmenistan and Uzbekistan.

Meanwhile, Pakistan will host senior diplomats from the United States, China and Russia in Islamabad on November 11 (Thursday) to discuss the situation in neighbouring Afghanistan, officials said on Tuesday.

The Troika Plus meeting on Afghanistan will be attended by special representatives from all four countries.