Sugar sale at high rates not to go unpunished: Buzdar 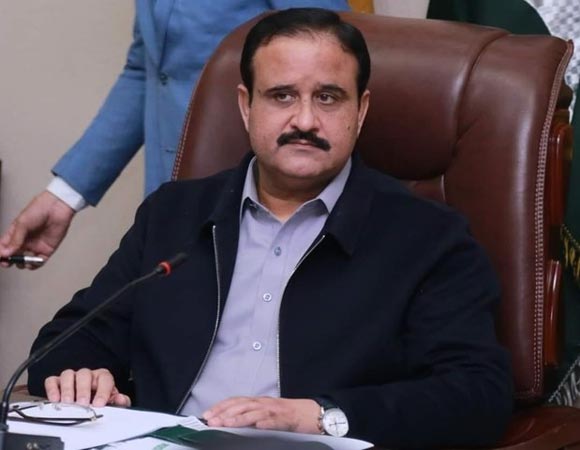 Chief Minister Punjab Usman Buzdar Monday directed the price control committee as well as the provincial administration to continue steps for stabilizing the sugar prices and warned of a stern action against those selling the commodity at exorbitant rates.

Issuing instructions from Saudi Arabia, the CM directed the administrative officials to visit markets to monitor the sugar prices while continuing crackdown on the hoarders.

He said the government was taking every steps to ensure availability as well as the sale of sugar at a fixed rate adding that protection of consumers’ rights was a responsibility of the government.

“Exploitation of the common man will not be tolerated and every step is being taken to curb the mafia;” he maintained and reiterated that an unjustified increase in the sugar price won’t be allowed. The CM asserted that the interest of the people was dear to the government and no one would be allowed to violate the law. He asked the industries, food and agriculture departments to make coordinated efforts while exploiting every option to stop the unjustified increase in sugar prices.

Iqbal awakened Muslims from slumber: Poet of the East Allama Muhammad Iqbal awakened the Muslims from deep slumber through his poetry and philosophical thoughts and gave the message of self-identification to the youth while employing the symbol of the eagle bird, said the chief minister in a message.

Buzdar said Allama Iqbal was an exponent of Muslim unity, who addressed the whole of humanity while rising above the geographical restrictions.

“Allama Iqbal secured the future of the Muslim nation by presenting the idea of a separate homeland in the subcontinent;” he said, adding that Pakistan would emerge as a moderate Islamic welfare state by following the vision of Allama Iqbal.

“Following the philosophy and vision of Allama Iqbal is the best way to pay tribute to the Poet of the East, added Usman Buzdar. He said the vision of a new Pakistan was in accordance with the philosophy and principles of Allama Iqbal. Buzdar said PM Imran Khan was materializing the dream of Iqbal’s idea of Pakistan as Iqbal believed that the golden principles of justice and equality, self-respect, passion and humanism were roadmaps for development.

“The nation should reiterate its commitment today to follow the vision and philosophy of Allama Iqbal,” concluded the CM.

CM condoles death: Sardar Usman Buzdar Monday expressed a deep sense of sorrow over the death of Haji Ameen Ansari, brother of Advisor Javed Akhtar Ansari. In a condolence message, the CM extended sympathies to Javed Akhtar Ansari and other members of the bereaved family and prayed to Almighty Allah to rest the departed soul in eternal peace.