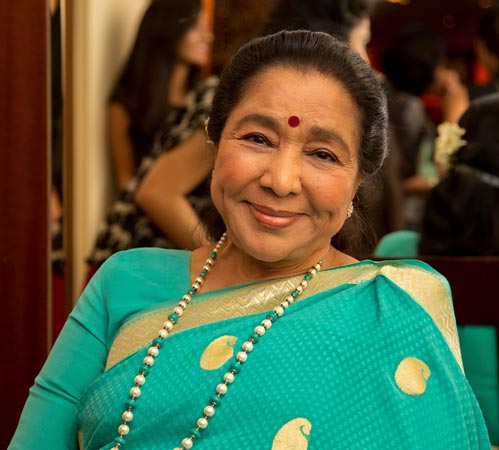 He said that she played a very important role in his career. Adnan Sami was the lead actor of Pakistani film Sargam in which Asha Bhosle sang a song. They later collaborated for Kabhi Toh Nazar Milao.

Adnan Sami received the Padma Shri, India’s fourth-highest civilian award, from President Ram Nath Kovind on Monday. He was conferred with the award in a ceremony held in New Delhi. Adnan, who accompanied by his wife Roya Faryabi, wore a black sherwani with golden embroidery around the neck at the event.

In an interview with The Quint, Adnan Sami expressed his gratitude towards his family and Asha Bhosle after receiving the award. “Apart from my father, my mother and my wife Roya, I would like to thank everybody I’ve met in my life. Also, everybody who has worked with me, especially Asha Bhosle because my first record that came out in India was a duet with her. She played a very important role in my career,” he said.

He also said, “I wouldn’t have gotten this honour if not for the love I’ve received from the people of India. This is one of the most prestigious and incredible moments of my life and I’ll never be able to thank God enough for it…You know, we’re in Delhi and it’s one of my favourite places in the world because some of the most amazing things have happened to me in Delhi. I got my citizenship here.”