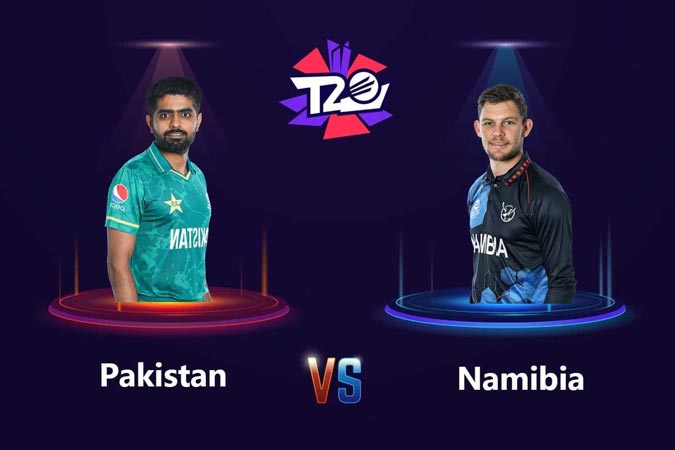 Riding high on their three dazzling victories in a row over India, New Zealand and Afghanistan, Pakistan are all set to confirm theTwenty20 World Cup semifinal berth when they face minnows Namibia in Abu Dhabi on Tuesday (today). After a chaotic build-up to the T20 World Cup with England and New Zealand pulling out of tours, Pakistan have defied the odds and have become the team to beat in the tournament. Skipper Babar Azam and his charges will maintain their remarkable consistency against Namibia. Pakistan have never played a Twenty20 international against Namibia while they won the only ODI between the two sides in the 2003 World Cup (50 overs) with a 171-run margin in South Africa. And there is strong likelihood that Pakistan will overwhelm their rivals with ease.

If their in-form openers Babar and Mohammad Rizwan don’t fire, Pakistan can rely on their middle-order and even if that is not enough, six-hitting machine Asif Ali will win the game for them on his own.However, the team would be expecting more runs from veteran Mohammad Hafeez’s bat. He is the only one to have not made a significant contribution in the top six.In the bowling department, Pakistan will be looking to ensure that they don’t allow Namibia to comeback in the game after taking early wickets, something they were guilty of in the Afghanistan clash.After reducing the Afghans to 76 for six, Pakistan allowed them to score a challenging 147 and if it wasn’t for Asif’s six-hitting ability from ball one, the outcome of the game could have been different.The team would also be expecting a lot more from pacer Hasan Ali, who has proved to be its weakest link in the bowling department.

‘Morale is high’: Veteran all-rounder Shoaib Malik said on Monday that Pakistan’s morale was “high” from their last three victories.”The morale in the camp is high,” said 39-year-old Malik. “When you win games, the confidence level is quite high in the dressing room. Everyone is looking forward to playing the rest of the games we have left in the tournament.When you start your tournament against a big team (India) and then you win that game, then everything comes in your dressing room.”Malik, whose tennis star wife Sania Mirza is from India, refused to comment on their archrivals abysmal show in the event, saying “we are focused on our own performance and not looking around.”Malik said Namibia, who qualified from the first round and have beaten Scotland, would not be taken lightly.”To be honest, we are not thinking any different because T20 format is where you can’t take the opposition lightly,” he said.”And we are fully confident, so we are looking forward for the game.”Pakistan have played the same eleven in all three games but considering a relatively easier opponent, ranked 15th in the world in the format, they could rotate their side.

On the other hand, Namibia, who were blown away by Afghanistan on Sunday, will be looking to give a tough fightto the top team of Group II. They have already won a lot of hearts by making the Super 12s in their maiden appearance but captain Gerhald Erasmus has made it clear that they are looking tocreate an upset.”We are aware of the challenges. We need to make use of this level. This is a stepping stone for the future,” said Erasmus.”We are definitely looking forward to Pakistan. We’re fully aware that it’s going to now get really tough. We just don’t want to be a team that’s just going to rock up and provide middle practice. We want to continue competing and we need to sharpen up our skills and we need to believe,” he maintained.