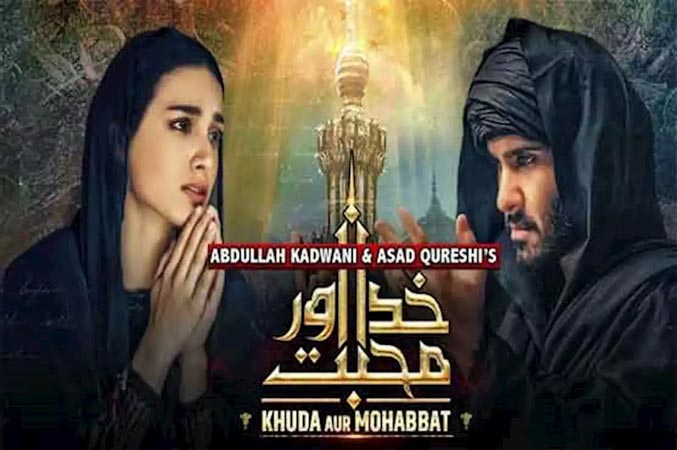 ‘Khuda Aur Muhabbat’ fans on Thursday wait for the release of last blockbuster episode of the most widely watched drama series in Pakistan and its surrounding countries.

As per the schedule, the episode was expected to be released on Friday but due to the T20 World Cup match fixture between Pakistan and Afghanistan a delay in its release was decided. The teasers of final episodes and its promotion commercials were also paused which left the huge fan base all oblivious regarding the release of final episode.

According to the details, the drama is produced by renowned artists of Pakistani drama industry including Abdullah Kadwani and Asad Qureshi under the umbrella of 7th Sky Entertainment production house. The drama series stars an emotional romantic story between Farhad and Mahi who could not get tie the knot of marriage with each other due to the difference in socio-economic stratum of their living classes.

In addition to this, Iqra Aziz who could be seen staring Mahi, was shown belonging to a higher socio-economic class whereas Feroze Khan who is well-known for his role-play of Farhad was depicted belonging from a mediocre background.

It is pertinent to mention that that Khuda Aur Muhabbat is a spiritual-romantic drama series which has earned a huge fan following both on social media and television in past few months.

Moreover, the sources conveyed that the last episode of the super hit drama series was planned to be delayed in the wake of airing T20 World Cup match 2021 between Pakistan and Afghanistan took place on Friday.