Door not yet shut on talks with TLP 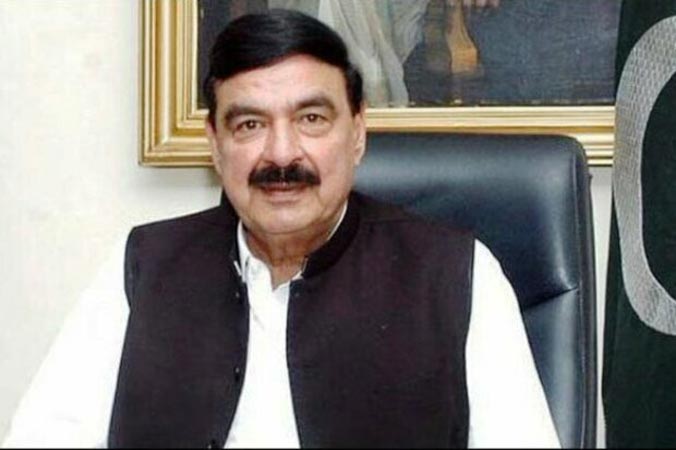 Minister for Interior Sheikh Rashid Ahmed on Friday expressed the desire to resolve issues with Tehreek-e-Taliban Pakistan (TLP) in an amicable way to maintain peace in the country.

“We want to resolve matters in an amicable way but so far we did not receive positive response from TLP,” he said while addressing a press conference. “We will implement the promises made with the leadership of TLP however they have not fulfilled their commitment of opening GT Road and returning back to their center. We are waiting for their response,” he added. He said that the government had not stopped its talks with the TLP. “It is our desire and endeavour to settle specific issues with TLP as early as possible through dialogue as the citizens are facing hardships due to their sit-in protest.” He said that there would be no compromise on protecting the lives of country people as it was the responsibility of the state to protect the lives and property of the citizens. He said that the government would not allow anyone to hold the country hostage. He added ensuring peace and stability was the top priority of the government. Sheikh Rashid said that ongoing situation led to the martyrdom of four police personnel. He added 80 policemen received bullets while six to eight policemen were in critical condition. “I talked to them and I want to resolve this issue through negotiation. I have no other option but to allow the Punjab government to deploy Pakistan Rangers when TLP are killing policemen through weapons,” the minister said. Sheikh Rashid said that the government on request of the Punjab government had deployed Pakistan Rangers in Punjab province for 60 days to maintain the law and order situation. He said that the government had permitted the Punjab government to exercise the Police Officers provided in the Code of Criminal Procedure, 1898 read with Section 5 of the Anti-Terrorism Act, 1977.