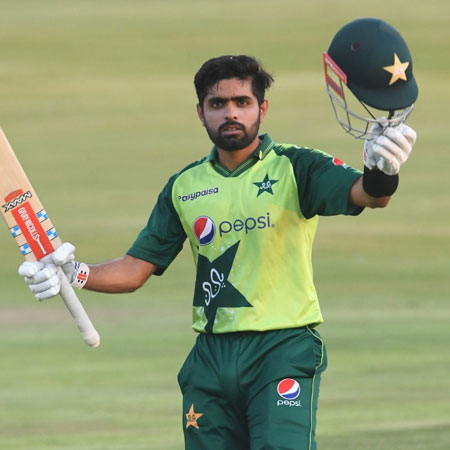 Skipper Babar Azam and his charges are likely to face a tough contest when they take on Afghanistan in their Super 12s match of the Twenty20 World Cup at Dubai Cricket Stadium in Dubai, United Arab Emirates on Friday (today). Pakistan are flying high after registering victories against strong teams India (by 10 wickets) and New Zealand (by five wickets). Pakistan will certainly go into this contest as favourites but Afghanistan are not a side that can be taken lightly. Afghanistan strolled to a 130-run victory over Scotland in their opening match. Their performance was brilliant. Scotland had been set 190 to beat thanks to big hitting and fast running from Najib Zadran, Hazratullah Zazai and Rahmanullah Gurbaz. Mujeeb Ur Rahman was the star of the second innings, taking five wickets on his T20 World Cup debut, as Scotland were bowled out for 60.Afghanistan batters dominated the Scotland bowlers with their power-hitting but now they have to contend with an attack which is one of the most dangerous in this event. Pakistan’s razor-sharp attack will test the prowess and maturity of Afghanistan’s impressive batters. The way pacers Shahin Afridi, Hasan Ali and Haris Rauf have troubled the batters thus far, it’s highly unlikely that the Pakistan pace trio can be put under the pump by Afghans. Add to that the experience of off-spinner Mohammed Hafeez and the guile of Imad Wasim and Shadab Khan, it’s no mean task for Afghanistan to dictate Pakistan.The impressive wins over India and New Zealand have made Pakistan the team to watch out in this tournament but their unpredictability factor that has always surrounded them is something what Afghanistan can benefit from. So, putting pressure on Pakistan batters is the best chance for Afghanistan if they have to win this contest.

Afghanistan haven’t played much T20I cricket due to the pandemic, but they have been largely successful when they have been able to get on the field. For many, there is a likelihood that Afghanistan might upset Pakistan today and also India and New Zealand, in their upcoming Group II matches, to make it to the last four stage of the ongoing mega event.For Pakistan to do well against Afghanistan, their top-order, manned by the skipper Azam himself and Mohammad Rizwan, who has been in good touch, needs to perform. Fakhar Zaman and Mohammad Hafeez would be required to do the job, should the openers fail. A hat-trick of wins will enhance Pakistan’s chances to make the knockout stage from this group since they’ll just be left to deal with a struggling Scotland and debutants. Afghanistan have only one thing the mind: that they are in UAE for the World Cup and they are playing five games and they need to win three games to qualify for the semifinals. 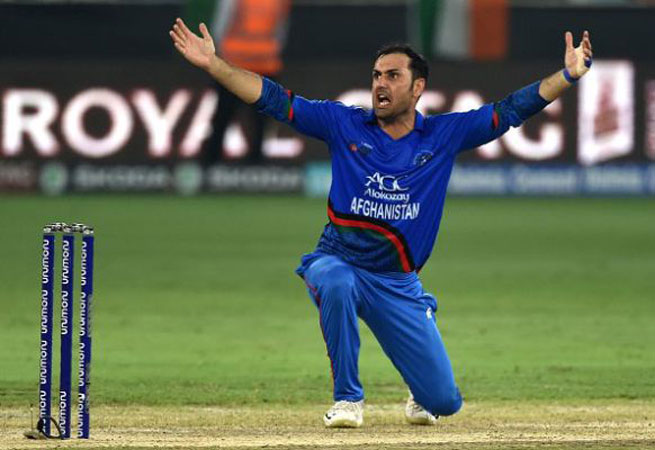 Afghanistan full of confidence with star power: Despite the lack of national-team cricket, their stars have gotten plenty of opportunity to stay in form through the world of franchise cricket. Afghanistan will never be short of confidence if their impact batters Mohammad Shahzad and Mohammad Nabi lead the charge with the promising Hazratullah Zazai. Shahzad is all about power with gifted hand-eye coordination. And the UAE has been his happy hunting ground. He stands like a rock, hunches a little to meet the delivery at eye level. He has plenty of unorthodox shots in his arsenal to send it out of the ground. The 34-year-old maverick batter is the top T20I run-scorer for Afghanistan. And, out of the 1,936 runs, 1,079 came in the UAE, including an unbeaten 118 against Zimbabwe. Zazai is a young power-hitter with a sharp sense of timing. The super-fast bat swing and bottom hand strength enable him to clear the rope effortlessly. The left-handed batter had been in great nick in the Pakistan Super League for Peshawar Zalmi scoring three crucial fifties. The bowling is largely dependent on leg-spinner Rashid Khan. The World No. 3 spinner has been unplayable in the T20 format. He is the face of Afghanistan cricket. The nation has won three men’s T20Is in its history against the Full Members of the tournament’s Super 12. All three came against the West Indies in India – the first in the T20 World Cup in 2016 in Nagpur; two in the series in 2019 in Lucknow. Rashid was part of all three wins, twice as captain. In the last T20 World Cup, he was the second-highest wicket-taker – 11 wickets at 16.63 – as Afghanistan reached the Super 10 stage. It was the only side to beat the eventual champions. Nabi strikes the ball at 145.72 in T20Is. He is a situational batter who knows his role. A shrewd off-break bowler, Nabi continues to trap superstar batters in T20 cricket. He represented London Spirits in The Hundred and Northamptonshire in the Vitaly Blast.Friday’s game in Dubai could be tense as both teams are undefeated and chasing semifinal places.