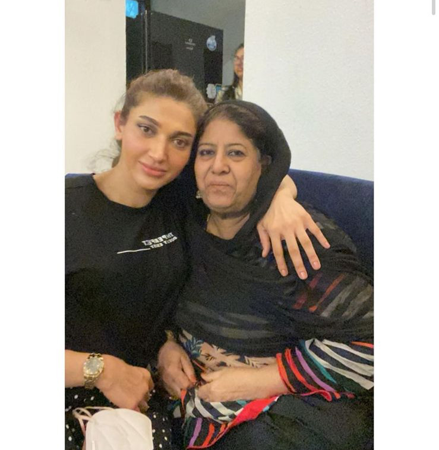 Actress Sana Fakhar’s mother breathed her last in Lahore on Saturday. According to the details, the actress took it to her Instagram handle and shared the sad news about the demise of her mother.

Sharing her deep grief over the unrecoverable loss, the actress said that a part of her mother will always reside inside her, adding that she will be missed.

It is pertinent to mention that Sana is a well-known star who is known as an actress and model of the Pakistani entertainment industry.

After being brought to the industry by Syed Noor in 1977, she worked hard on herself to prove the mettle of her talent and skill. She won the best actress award at Nigar Awards for her work in ‘Yeh Dil Aap Ka Huwa.’

Moreover, the actress is married to Imam Fakhar and has been performing exceptionally well in fulfilling her marriage goals. She is well-recognised in the industry for the maintenance of incredible work-life balance.