* The Southeast Asian nation has been in chaos since the Feb coup, with more than 1,100 killed 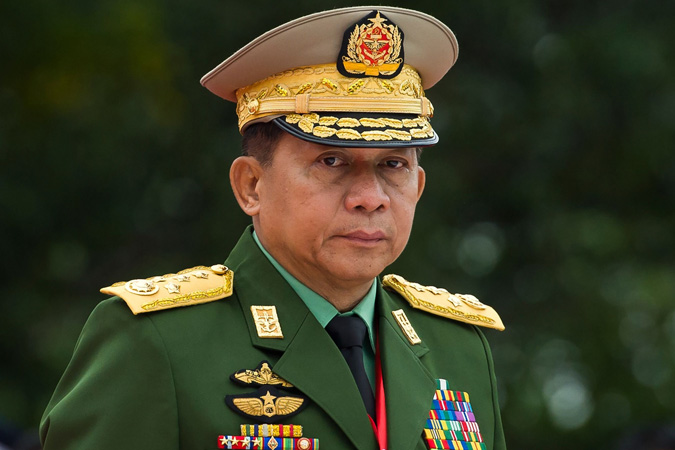 The Southeast Asian nation has been in chaos since the February coup, with more than 1,100 killed as the security forces crack down on dissent, according to a local monitoring group.

“We must talk for the interest of all our people in the country… It will be difficult to find a solution if we continue like this,” Nandar Hla Myint, spokesman for the military-aligned Union Solidarity and Development Party, told AFP.

“Commander-in-Chief Senior General Min Aung Hlaing took responsibility for the country… His caretaker government is the most responsible for making the dialogue happen,” he said.

While Nandar Hla Myint did not say whether discussions should include ousted civilian leader Aung San Suu Kyi, he pointed out that the Nobel laureate has not encouraged violence from the junta’s opponents.

Her National League for Democracy party trounced the USDP in elections last year, a result the military has alleged was due to fraud.

The junta, which has since dubbed itself the State Administration Council, has said it will hold fresh elections in 2023 — but Nandar Hla Myint said the poll could see more bloodshed if the crisis is unresolved.

“More people will be killed if there are no guarantees for lives… of candidates who will compete in the (next) election,” he said.

Almost nine months after seizing power, and unable to stamp out opposition to their regime, the generals are under increasing international pressure to engage with their opponents.

Last week, the Association of Southeast Asian Nations (ASEAN) decided to exclude Min Aung Hlaing from an upcoming summit of the 10-country bloc over doubts about his commitment to defuse the bloody crisis.

It called instead for a “non-political representative” to attend the October 26-28 summit.

But on Friday night, the junta’s Ministry of Foreign Affairs said the decision was made with “no consensus”.

“Myanmar as a country concerned (finds it) is difficult to comply with the decision,” the ministry said in a statement.

“On the question of the status of representation, Head of State or Government of Myanmar enjoys full and equal rights to participate in ASEAN summits.”

The ministry did not elaborate on whether the junta chief still intends to attend the event in four days.

The rare snub by the ASEAN — long criticised as toothless — was welcomed by the US, Derek Chollet, counselor of the State Department, told reporters Thursday.

Britain also said earlier this week it would not be inviting the junta to a G7-ASEAN foreign ministers meeting.

The coup snuffed out the country’s short-lived experiment with democracy, with Suu Kyi now facing a raft of charges in a junta court that could see her jailed for decades.