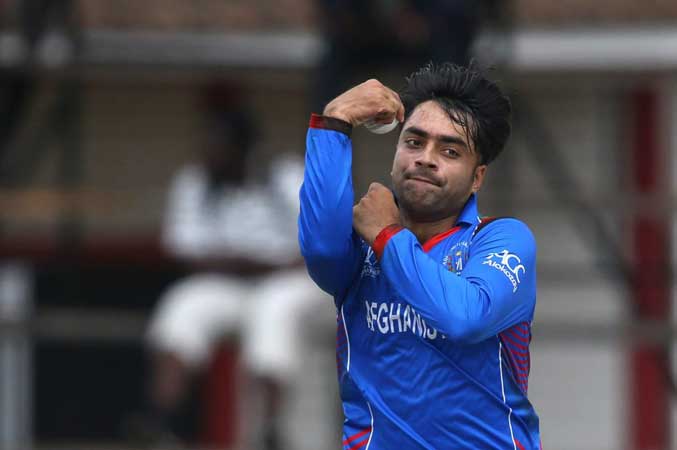 DUBAI: Rashid Khan insists his mind is occupied by the World Cup and not wedding bells as the leg-spin wizard looks to inspire Afghanistan at the Twenty20 global showpiece.Still only 23, Rashid is key to his nation’s hopes of a first world title and a potential triumph which would deliver a rare bout of good news for his home country.However, Rashid told this writer that speculation over his private life in the run-up to the tournament, currently underway in Oman and the UAE, will not derail his ambitions.He denied he ever said: “I will marry when Afghanistan win a World Cup.””Actually, I was so shocked when I heard this because, to be honest, I never made a statement that I will marry once I win the World Cup,” said Rashid, whose family lives in Nangarhar in the eastern part of Afghanistan.I just said that in the next few years I have more cricket and three World Cups (the 2021 and 2022 Twenty20 World Cups and the 50-over World Cup in 2023) so my focus will be on cricket rather than on getting married.”

Rashid, who made his Afghanistan debut when he was 17, is one of international cricket’s most in-demand players.He has already played 51 T20 international matches and more than 280 games in the format for franchises around the world.A lucrative career has seen him ply his trade in England, Australia, Pakistan, Bangladesh, South Africa and, of course, the IPL in India where he has been a regular for Sunrisers Hyderabad since 2017.He has 95 wickets in T20 internationals with an average of just 12.63 and in 2020 was voted the ICC’s Cricketer of the Decade in the format.On the low, slow wickets of the Gulf, spin will be key.”I think it will be a spinners’ World Cup,” said Rashid.

“The wickets here are mostly very good for spinners, so I think that’s the main reason most of the teams have more spinners in their attack.”Rashid is not Afghanistan’s only front line spinner — there is also Mujeeb Ur Rahman and skipper Mohammad Nabi.”What I noticed during the Indian Premier League (the conclusion of which was also played in the UAE) was that wickets were good but there was not that much spin,” said Rashid.”But I think the more we play in this World Cup we might see wickets which are a bit different and the more you play on these tracks it becomes slower and slower and they will be handy for spinners.”Rashid refused to predict any favourites for what is the seventh edition of the World Cup.Afghanistan are in Group 2 of the World Cup with India, Pakistan, New Zealand and two qualifiers in the Super 12 stage which begins on Saturday.