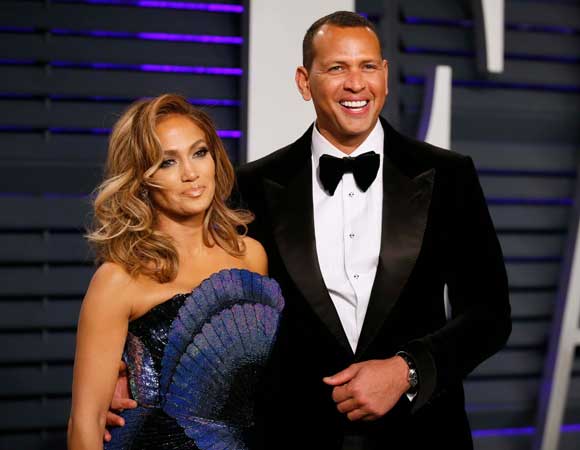 Sorry Alex Rodriguez, but Boston Red Sox fans are rooting for Bennifer all season long. In the middle of the MLB playoffs, the former New York Yankees player found himself hard at work serving as a commentator for the ALCS series.

But as the Houston Astros faced off against the Boston Red Sox in game three of the series on Oct. 18, one group of fans decided to have some fun at A.Rod’s expense.

In video posted online, Red Sox supporters began chanting his ex Jennifer Lopez’s nickname “J.Lo” as Alex offered his thoughts on the game. Why? Because Jennifer’s boyfriend Ben Affleck is a huge fan of the Red Sox. And yes, the Red Sox rivalry with the Yankees is unmatched.

While it’s unclear if A.Rod acknowledged the crowd, the Internet loved the moment caught on camera. “SAVAGE,” one user wrote on Twitter while another added, “Y’all should of chanted Bennifer instead.”

And for the record: The Red Sox beat the Astros by an impressive nine runs. Perhaps it explains why fans were so pumped.

For those who wonder just how much Ben loves the Red Sox, the New York Times once reported that the Oscar winner refused to wear a Yankees baseball cap while filming a movie.

As he told the publication, “I will not wear a Yankees hat. I just can’t. I can’t wear it because it’s going to become a thing.”

And before you feel too bad for A.Rod, he knows how to play the game too. Back in May when Ben and Jen first reunited and sparked reconciliation rumors, a photographer asked A.Rod what he thought of the meeting. Let’s just say his answer got some fans fired up.

“Have a great day,” he said. “Go Yankees.” With game four of the ALCS series scheduled for Oct. 19, could this only be the beginning of what Red Sox fans have up their sleeves? Buy us some peanuts and cracker jacks because we will be following along.