Violation of SC Orders and Constitution

A two-member bench of the Supreme Court has ordered the Punjab government to restore the local government system by October 20. It also summoned the incumbent and former chief secretaries on the next date to answer why they failed to implement the court decision regarding their restoration.

The non-implementation of the SC decision clearly indicates how much respect the government has for the apex court and the constitution.

The real solution lies in establishing Local Bodies, a missing link in the system of governance.

Federal Information Minister Fawad Chaudhry had admitted a few days ago that it was a mistake on part of the government not to hold local government elections during the first year of its coming into power. He also revealed that the chief ministers had been resisting the establishment the holding of these elections.

The constitution of Pakistan envisages a three-layered system of governance that comprises federal, provincial and local governments. But to the chagrin of the masses, while the federal and provincial governments have been functioning uninterrupted, both under civilian and military rules, it was only the latter who installed systems of local governments. However, it was not as envisaged in the constitution but with the sole purpose of building support for their regimes at the grass-root level and undermining the political parties. The elected governments that interspersed the military regimes remained criminally oblivious to this constitutional requirement. The consequences of this willful breach of the constitution by the elected governments are that the state of Pakistan, has to a great extent, failed to provide the required services to its citizens and build a responsible relationship with them. That decidedly is also the major factor in promoting fissiparous tendencies in the country and undermining national integration.

The model of local government, originally crafted by the National Bureau of Reconstruction during the Musharraf era, was probably a bold initiative that conformed to the system envisioned in the constitution. It enhanced the powers of the elected officials of the local government and abolished the office of District Magistrate and Divisional commissioners. This step also finally fulfilled the constitutional requirement under Article 175(3) for the separation of the judiciary from an executive at the district level. But the PML (Q) government (installed by Musharraf) defanged the system by changing some of its features and initiating a process of recentralization of some of the development departments. Musharraf acquiesced to these changes dictated by political expediencies. However, the moment democracy was restored in the country as a result of the 2008 elections, all the provincial governments abandoned the system and revived the archaic and colonial system of district administration. None of the parties ruling the provinces, despite crying hoarse from every convenient rooftop to rub in their democratic credentials, ever bothered to hold local government elections. What a shame!

It is pertinent to mention that a similar situation cropped up in 2013 when despite the SC orders, the provincial and federal government failed to hold the local body election by September 2013. The SC took exception to the delay in holding them and issued notices to the Attorney General and Advocate Generals of Sindh, Punjab and Khyber Pukhtunkhwa. The Supreme Court, in its order on March 19, 2014, again asked the federal and provincial governments to enact new laws regarding the delimitation of the constituencies by the Election Commission and the ECP was given 45 days to accomplish the task after the required legal changes by the federal and provincial governments. However, it took almost two years to implement the court orders and they were finally held in 2015. In Punjab, they started functioning in 2016. But they were rendered dysfunctional by the PTI government prematurely. The reality is that the provincial governments have always resisted the formation of local governments and the MNAs and MPAs have also supported them. The governments instead devised a mechanism to give development funds to the legislators to spend in their constituencies.

The writer is a retired diplomat, and a visiting professor at Riphah International University, Islamabad. 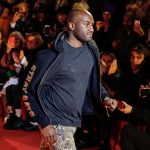