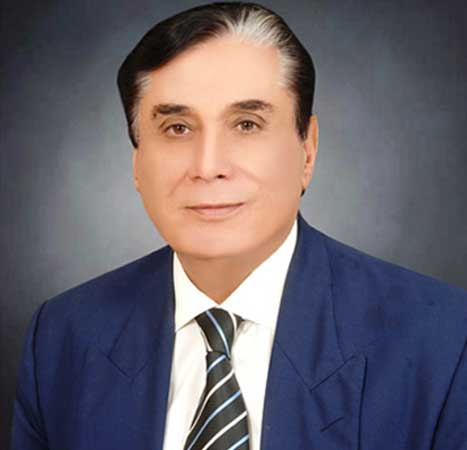 Corruption is an evil that is defined as the dishonest or unethical method used by a person entrusted with a position or authority, for personal benefits, in other words, corruption is when a person who is responsible for a task, misuses that position for his own profit. Corruption includes bribery and embezzlement and has a greater impact on the Pakistani economy, as corruption is not only a root cause but badly affects the state of economy, standard of living and social justice. Corruption eats up the innocence of people belonging to all walks of life.

Keeping in view the ill effects of corruption and to tackle corrupt practices besides recovering looted money from corrupt elements, the National Accountability Bureau (NAB) was established in 1999. NAB from 1999 to Oct 2017 recovered Rs281 billion directly and indirectly, whereas under the leadership of NAB Chairman (retd) Justice Javed Iqbal, until September 2021 Rs539 billion were recovered directly and indirectly.

Due to this reason, today, NAB has introduced a new concept of combine investigation team (CIT) in order to benefit from the experienced and collective wisdom of its senior supervisory officers in order to further improve the standards and quality of inquiries/investigations on the basis of solid evidence as well as statements of witnesses and documentary evidence.

This initiative is lending excellent results. Moreover, NAB is the focal organization of Pakistan under United Nations Convention against Corruption (UNCAC) and also is the chairman of SAARC Anti Corruption Forum due to its effective anti corruption Strategy. NAB is the first organization of the world to whom China has signed memorandum of understanding (MOU) to oversee CEPC projects in Pakistan. NAB has established its own state-of-the-art Pakistan Anti-Corruption Academy (PACA) which is working as an anti-corruption think-tank to empower professionals for the future white collar crimes. NAB has also established its own forensic science laboratory to improve the quality of inquiries/investigations. As per Gillani and Gallup Survey, 59 per cent people have shown trust upon NAB besides its performance has been appreciated by reputed national and international organizations like; Transparency International, World Economic Forum, Global Peace, Canada, PILDAT and Mishal Pakistan.

Moreover, the government of Pakistan has appreciated NAB’s efforts in improving Pakistan’s position among FATA/APG members — especially during the preparation of post observation period report/follow up reports which helped FATF Coordination Committee of Pakistan to complete their work within the deadline.

It is important to note that NAB under the dynamic leadership of Justice Iqbal, apprehended untouchables for the first time in the history of Pakistan and brought them to justice. Currently, 1278 references of NAB are under trial in the accountability courts throughout the country. The total worth of under trial references is approximately Rs1335.019 billion.

In line with its enforcement strategy, NAB has itself prescribed a timeframe of 10 months in which complaint verifications in two months, inquiries in four months and investigations in four months on alleged allegations of corruption and corrupt practices. NAB has no affiliation with any political party, group and individual except the state of Pakistan.

The NAB chairman has more than 40 years of experience in providing justice to people starting from session judge Quetta to acting chief justice of Supreme Court of Pakistan. He believes in self respect of humanity and does not believe in breaching the self esteem of any person who comes to NAB.

The indiscriminate actions of NAB under the leadership of Justice Iqbal have increased its prestige since the aim of the bureau is to apprehend corrupt elements and recover looted money, so it should be deposited in the national exchequer. All of this is indicative of the hard work, merit and transparency being put in by all ranks of NAB officials in an atmosphere of renewed energy — where fight against corruption is being considered as a national duty.