Civil and military leadership, as well as the people of Pakistan, have all along been supporting the just, unarmed and indigenous struggle of Kashmiris for securing their fundamental right of self-determination in accordance with the UN Security Council resolutions, which India persistently continues to deny for more than seven decades. Pakistan has been extending all possible political, diplomatic and moral support to the Kashmiris in this regard by raising the issue at all international forums; calling for its earliest solution of the lingering unresolved dispute in accordance with the wishes of the Kashmiri people.

IIOJ&K continues to be the main bone of contention between the two neighbouring nuclear powers. Kashmiris are being suppressed and oppressed at gunpoint by 900000 strong occupying Indian security force.

Islamophobia is another pernicious phenomenon that has emerged to threaten the Islamic world in recent years. In the aftermath of the 9/11 attacks, terrorism has somehow been associated with Islam by some quarters and this trend is growing quite alarmingly; increasing the tendency of right-wing, xenophobic and violent nationalists, extremists and terrorist groups to target Muslims.

Rapid developments taking place in neighbouring Afghanistan during the last couple of months has made it another important issue of concern for Pakistani leadership, which has all along been acting as a facilitator for bringing the US and Taliban to the negotiation table. Pakistan finally succeeded in bringing them face-to-face in Doha in February this year; paving the way for a peaceful settlement. Taliban were there in Kabul after 20 years, have formed the interim government and trying to form an inclusive government.

The apathy of the international community towards gross human rights violations in Occupied Jammu and Kashmir could not be condemned in stronger and plain words than those by PM Khan.

These were the main topics along with a couple of others when Prime Minister Imran Khan addressed the UN General Assembly.

The Prime Minister said that UN Global Counter-Terrorism Strategy has duly recognized these emerging threats and called for convening a global dialogue by the world body on countering the rise of Islamophobia and as a parallel effort at the same time interfaith harmony should be promoted continuously.

He pointedly stated that the worst and most pervasive form of Islamophobia now rules India, the hate-filled Hindutva ideology, propagated by the fascist RSS-BJP regime under the leadership of Narendra Modi has unleashed a reign of fear and violence against India’s 200 million-strong Muslim community.

Prime Minister pointedly stated that New Delhi has undertaken a series of illegal and unilateral measures in occupied Jammu and Kashmir since 5th August 2019; unleashed a reign of terror by an occupation force of 900000; has jailed senior leadership of Kashmiris; imposed a clampdown on media and internet; violently suppressed peaceful protests; abducted a pretty large number of 13000 young Kashmiris and tortured hundreds of them. It has extra-judicially killed hundreds of innocent Kashmiris in fake encounters, and imposed collective punishments by destroying entire neighbourhoods and villages.

He also made a mention of a detailed dossier that has recently been unveiled by the Pakistan Government on gross and systematic violations of human rights by the Indian Security Forces in occupied territory and said that this repression was accompanied by illegal efforts to change the demographic structure of the IIOJ&K transforming it in a planned manner from a Muslim majority into a Muslim minority.

The UNGA was told in emphatic words that the Indian actions violated the resolutions of the UN Security Council on Jammu and Kashmir which clearly stated that the final disposition of the disputed territory should be decided by its people through a free and impartial plebiscite held under the UN auspices. Quite obviously, India’s actions in the occupied Jammu and Kashmir territory also violated the International Human Rights and Humanitarian Laws including the 4th Geneva Convention and amounted to committing war crimes and crimes against humanity.

PM Imran Khan further stated in plain words, “It is unfortunate, very unfortunate, that the world’s approach to violations of human rights lacks even-handedness, and even is selective. Geopolitical considerations, or corporate interests, commercial interests often compel major powers to overlook the transgressions of their affiliated countries.” The apathy of the international community towards gross human rights violations in Occupied Jammu and Kashmir could not be condemned in stronger and plain words than these.

Reiterating the desire for peace with India, the Prime Minister pointedly stated that sustainable peace in South Asia was only contingent upon resolution of the Jammu and Kashmir dispute in accordance with the UN Security Council resolutions and for creating a conducive environment for and result-oriented engagement with Pakistan, India must reverse its unilateral and illegal measures instituted since 5th August 2019, stop its oppression and human rights violations against the people of Kashmir and halt and reverse the demographic changes in the occupied territory.

Dilating on the situation in Afghanistan, PM Imran Khan strongly rebutted the blame being levelled on Pakistan by some politicians in the US as well in Europe, and pointedly stated that the country that suffered the most, apart from Afghanistan, was Pakistan when it joined the US War on Terror after 9/11, as a front line state.

Pakistan has all along been stressing on peaceful settlement in Afghanistan through negotiations as there would be no military solution but over the years none has bothered to understand it.

The Prime Minister said it was a critical time in Afghanistan and quite emphatically called on the international community “we must strengthen and stabilize the current government, for the sake of the people of Afghanistan”.

The Prime Minister in his virtual address also emphatically called for providing humanitarian assistance to the people of Afghanistan immediately without wasting time as help is needed there and concluding by saying ” There is a huge humanitarian crisis looming ahead, this will have serious repercussions not just for the neighbours of Afghanistan but everywhere as a destabilized, chaotic Afghanistan will again become a safe haven for international terrorists-the reasons why the US came there in the first place”. But will the international community listen and act soon before it is too late and disaster strikes not only Afghanistan but also the region? 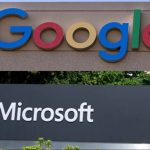 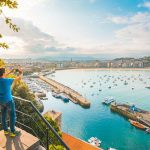 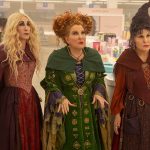 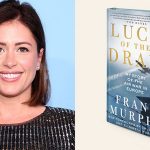 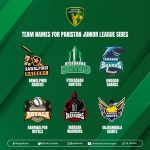