No upset in Kashmir by-elections as PPP, PTI retain seats 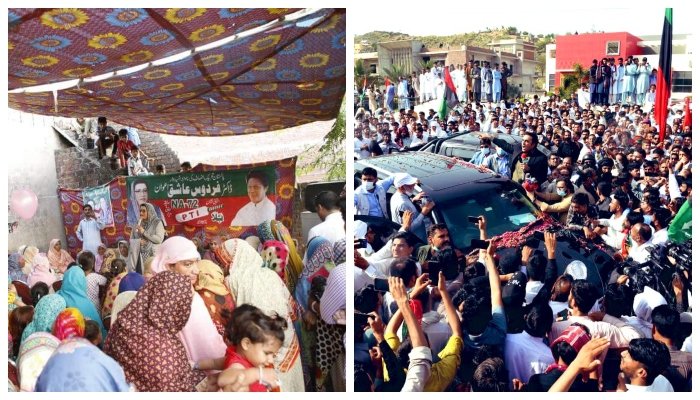 The PTI and the PPP made sure no upsets happen in the Kashmir by-elections yesterday. Both parties retained their seats in Mirpur and Kotli.

By-elections were held for two constituencies of the Azad Jammu and Kashmir Legislative Assembly for the Mirpur LA-3 and LA-12 Kotli-V constituencies.

The PTI won in Mirpur LA-3, Mirpur-III, while the PPP candidate won in LA-12 Kotli-V. Strict security measures were ensured so the polling process remains transparent. Army troops were deployed at the polling stations. Voting commenced at 8:00am and continued till 5:00pm.

The LA-3, Mirpur-III seat had fallen vacant due to Barrister Sultan Mehmood Choudhry’s election as AJK president, who won this seat as a PTI nominee in the July 25 general elections.

The Mirpur constituency has 85,925 registered voters including 45,447 males and 40,478 females voters. Out of them, a thin number reportedly reached the polling stations to exercise their right of franchise.

A total of 147 polling stations including 68 for males, 65 for females and 14 combined were established in Mirpur to facilitate voters.

The LA-12 (Charhoi), Kotli-V seat had fallen vacant due to Chaudhry Muhammad Yasin’s resignation from the one out of two seats that he had won in the July 25 general elections — simultaneously from Kotli city and Charhoi constituencies.

A total of 106,428 voters, including 57,838 males and 48,590 females were registered to exercise their right to elect their representative for the AJK LA.

Unofficial results from 197 out of 198 polling stations stated that the PPP’s Aamir Yaseen defeated the PTI’s Shaukat Farid Advocate by securing 24,335 votes while the PTI candidate managed 18,858 votes.

PPP Chairman Bilawal Bhutto-Zardari congratulated his party workers and supporters for “another victory from Azad Kashmir”.

“Congratulations to all PPP workers on another victory from Azad Kashmir. We beat PTI in yet another by-election. From Karachi to Kashmir Jiya Bhutto Benazir,” he tweeted.

Kotli DRO Mian Arif said the polling process at Government Girls College Changpur was halted. It was because the ballot papers were snatched from the election staff.

“A report has been prepared by the presiding officer and sent to the reporting officer,” said the DRO. “The report says that the PML-N candidate snatched the ballot papers from the election staff.”

He said legal action will be taken against the PML-N candidate in light of the report’s findings.