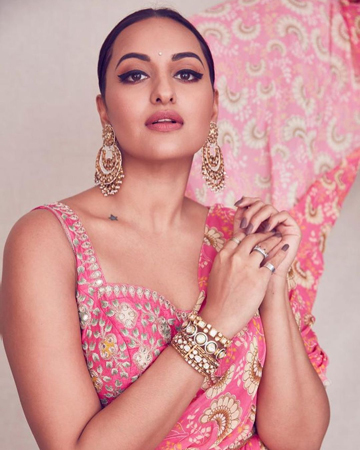 Bollywood actress Sonakshi Sinha is known for her straightforward nature and for not mincing her words. Recently while talking to Bollywood Bubble, Sona spoke about her first serious relationship which lasted for over 5 years while she was in her twenties and she even talked about her marriage plans.

Sharing more details about it, “Relationships happened later. I think I must have been 21 or 22 when I had my first serious relationship.” Asked how long it lasted, she said, “It was a long one, five-plus years.”

She also shared about the things which she has learned from her past relationships and has grown as a better person altogether and also asked everyone to find the right one for themselves.

Talking about her parents view on her marriage, Sonakshi shared that her father is not that keen in getting her married but her mother has now started asking for her marriage plans. But she has asked them not to think about it for now and will tell them whenever she is ready to get married.

For the unversed, Sonakshi is the daughter of legendary actors Shatrughan and Poonam Sinha and has two has twin brothers – Luv Sinha, Kush Sinha.

Recently, Sonakshi blasted at outsiders who are often seen saying that they have been kicked out of a certain movie because the star kids have been taken in that place.

On the work front, Sonakshi is currently shooting for her upcoming film, ‘Kakuda’. The film, directed by Aditya Sarpotdar, and also stars Riteish Deshmukh and Saqib Saleem in pivotal roles. She was last seen in ‘Bhuj: The Pride of India’, alongside Ajay Devgn and Sanjay Dutt. The film had an OTT release on Disney Hotstar on August 13.