Fire breaks out in Karachi Church 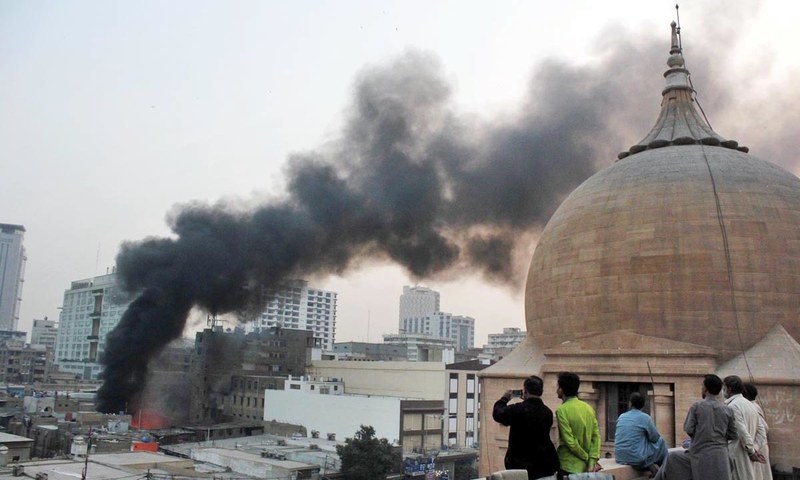 KARACHI: Fire erupted in a local church in Korangi’s Number 3 area in mysterious circumstances on Wednesday. It damaged the walls and furniture of the worship place.

The witnesses have not reported a single casualty or injury in the unfortunate church fire event. The fire and rescue teams are also on the scene.

Media is waiting for more details on the unfortunate event. The rescue teams also said the fire has been put off and the cooling is underway.

More on the matter shall be updated on how the fire might have ignited and the damage magnitude.

Separately today meteorological department has predicted stormy rains in Sindh’s coastal areas. Ahead of the Gulab cyclone’s re-emergence in the Arabian Sea which poses threats of urban flooding in Karachi.

The fishermen across the Sindh-Makran coastal belt are alerted to remain out of waters until October 3 when the storm has dissuaded.

It is said that the system, present in the Arabian Ocean, is marching towards Gujrat. It is also likely to grow intense in the time to come.

Authorities have also issued a red alert to Karachi fishermen as well. The city is embroiled with forecasts of urban flooding if the heavy rains lash it.