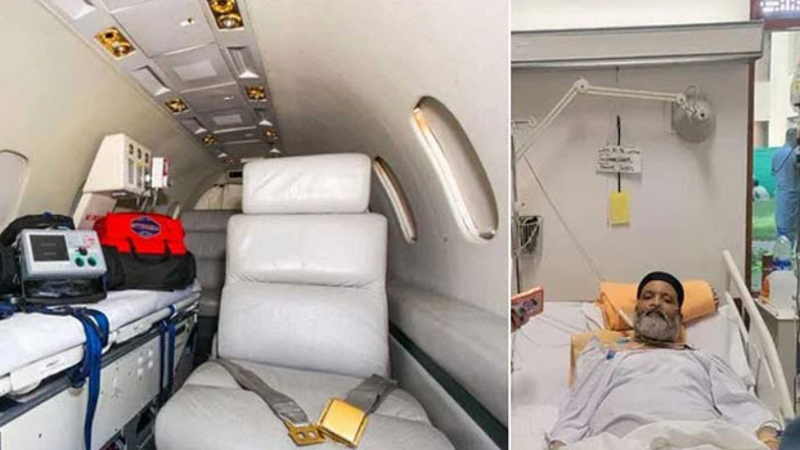 An air ambulance carrying ailing Pakistani comedian Umer Sharif left for United States on Tuesday for medical treatment of the artist. According to details, Umer Sharif’s wife Zareen Ghazal is also present in the ambulance that is scheduled to arrive in US via Germany. Earlier, the departure of renowned comedian for treatment abroad was postponed due to his critical health. His blood pressure dropped while he was undergoing a dialysis. He was moved to Critical Care Unit and was kept under observation for 48 hours. Umer Sharif’s wife said that doctors advised him yesterday not to travel for the next 24 hours due to low blood pressure, on the other hand, the air ambulance administration had given a maximum of 12 hours to wait for transporting him to the US. The wife requested PM Imran Khan not to let the air ambulance go without Umer Sharif. She appealed to the federal and Sindh government to help extending the waiting period of the air ambulance.