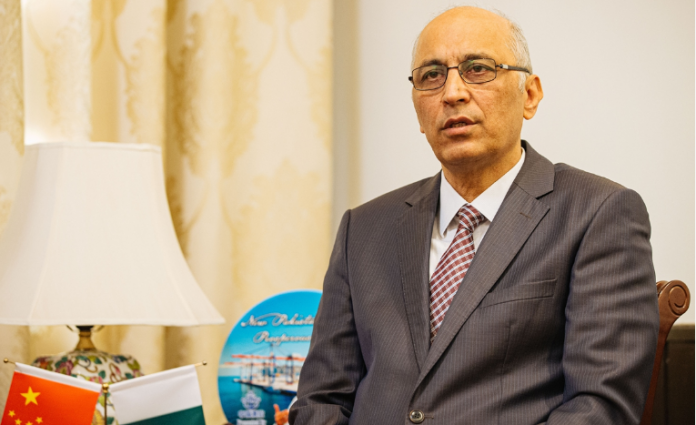 BEIJING: Pakistan national flag that was carried to China space station onboard the Shenzhou-12 spacecraft was handed to the Embassy of Pakistan at a special hatch-opening ceremony held here at the China Academy of Space Technology (CAST).

The national flags of Pakistan and China were sent by China Manned Space Agency (CMSA) to outer space to commemorate the 70th anniversary of establishment of diplomatic relations between the two countries.

The flags were sent aboard Long March-2F carrier rocket on 17 June 2021 and returned via Shenzhou-12, China’s manned spacecraft after staying in space for three months. Shnezhou-12 space mission carried three Chinese astronauts to the space for building Tiangong, Chinese space station which is expected to be completed next year.

Speaking on the occasion, Ambassador Moin ul Haque congratulated CMSA, CAST and other Chinese research institutions for the successful manned space mission. He said that space journey of national flags of two countries was a special demonstration of unique friendship between Pakistan and China and a befitting way to celebrate 70th anniversary of diplomatic ties.

It may be mentioned that in addition to the national flags, experimental items for science education as well as crop seeds were also carried to space onboard the Shenzhou-12 spacecraft. They were delivered to relevant departments for further research and study.