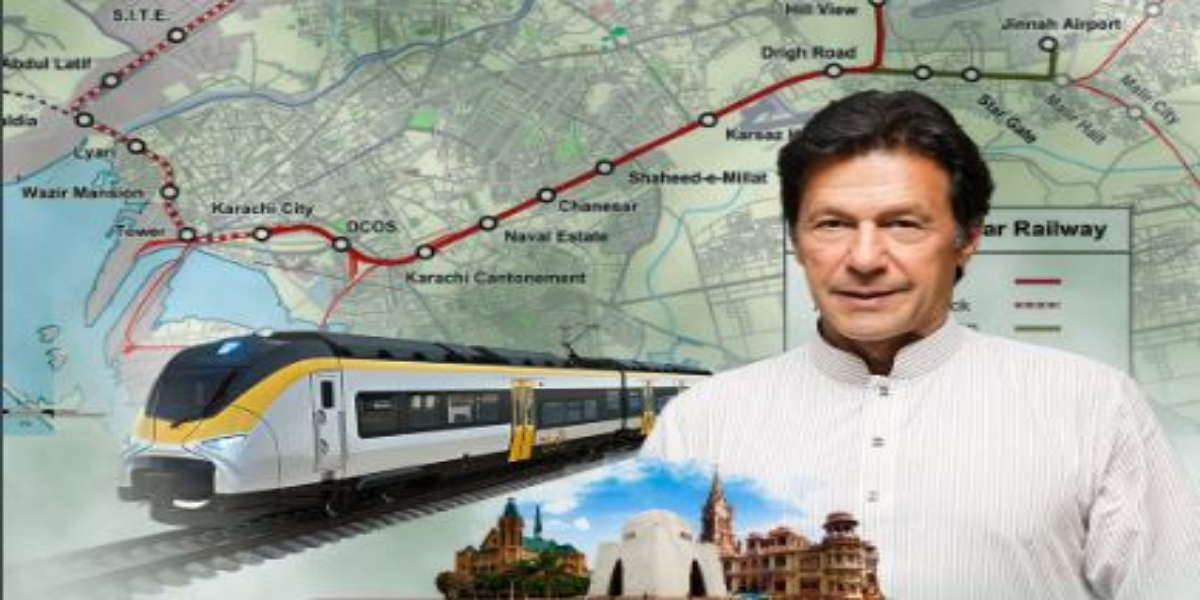 Prime Minister Imran Khan lands in Karachi today (Monday) on a day-long visit to perform the groundbreaking of the Karachi Circular Railway (KCR) project, ceremony held at the Cantonment Railway Station in the metropolis. KCR project is expected to be completed in three years.

Sindh Chief Minister Murad Ali Shah welcomed Prime Minister Imran Khan whose visit is scheduled at the Karachi Cantonment railway station for the groundbreaking of KCR. However, the premier started his address by talking about the importance of Karachi, saying that the city, despite holding immense significance, had unfortunately faced a decline due to several problems in the past. As a result, the whole country was affected.

“In the 1980s, Karachi was on its way to development and was taking off but, unfortunately, its progress declined,” PM Khan said. The PM talked about the transportation issues in Karachi as well as the shortage of water that citizens face here. He also lauded his government for taking initiatives to redevelop the city, such as the Karachi Transformation Plan, which was introduced in 2020.

During his day-long stay in the metropolis, the prime minister will chair several meetings at Governor House, Karachi to get a briefing on ongoing development projects in the port city, security situation and the overall political situation of the province.

Sindh Governor Imran Ismail made this announcement on Sunday and promised that the fresh visit of the prime minister would bring several other “good news” for Karachiites. He said that “PM Imran Khan will arrive in Karachi tomorrow (Monday) to lay the foundation stone of the circular railway project aimed at facilitating the local people in the metropolis”.

Furthermore, the Green Line Bus Rapid Transit System will be inaugurated by next month, he said, adding that the Greater Karachi Bulk Water Supply Scheme, better known as the K-IV project, will be completed by the end of 2023.

However, the Executive Committee of the National Economic Council (ECNEC) approved a summary regarding the construction of infrastructure. Infrastructure development for KCR will include overhead bridges & underpasses. It should be noted that the project will be completed in a cost of Rs207 billion. Karachi Circular Railway (KCR) will be a 43 km long (with 29km elevated) dual carriage track with 16 stations and 24 level crossings. Each train will carry 814 passengers at a time.