Talibanisation of Afghanistan and Pakistan

“Afghanistan has been Talibanised.”
The Taliban have “occupied” their motherland. They are “uncivilised – primitive, obscurantist, repressive, and retrogressive.”

They are averse to the Western values of individualism, unbridled freedom, liberal democracy and secularism. They have scrapped the country’s “democratic” constitution, gifted by the West, and are reverting to Sharia laws. Ethnic and sectarian minorities and women are being excluded. Obviously, they lack legitimacy and are unworthy of diplomatic recognition.

This narrative, dictated ostensibly by “humanitarian” considerations, is being orchestrated by the “free” world, its media, think tanks, NGOs, allies, camp-followers, agents and proxies all over the world. A section of the Pakistani society is apprehensive that Talibanised Afghanistan poses a serious threat to the religio-politico-cultural ethos of the country.

We live in the internet era. It provides the media with instant access to every individual, and the power to paint black as white by hammering the same narrative from the same source through apparently diverse channels.

Ashraf Ghani was installed by the US. He polled only nine per cent of votes in the presidential election. Almost 130,000 ISAF troops, operating from about 400 military bases, kept him in the saddle. But, even with ISAF, assisted by the 300,000-strong Afghan National Army, barracked in yet another 300 bases, his government’s writ did not extend beyond Kabul. The warlords held sway in their respective areas. Allegedly, even some NATO/ ISAF members had to buy security from them.

On the contrary, only 75,000 rag-tag Taliban fighters liberated the entire Afghanistan without any outside military assistance, and are in full control. They have shown magnanimity and flexibility, granted general amnesty, and mollified minorities and women. But, given their track record, the West has so far remained sceptical. It maintains that Ghani had legitimacy and deserved recognition because he believed in democracy. But the Taliban neither believed in democracy nor deserved recognition.

Discrimination against women has nothing to do with geography, ethnicity, religion, culture, or governance. They are not safe anywhere on the face of this earth.

Democracy is the rule of the majority, according to its values. Values differ from place to place; and change with time even at the same place, through an ongoing process of evolution. Values are manifested in tradition, culture, and governance. Rightly, therefore, our colonial masters and political mentors revel in keeping their traditions alive. Even their supreme law is based on tradition. And we, in the West, admire and emulate them on this account.

The Taliban, too, have their values and traditions and are entitled to order their lives accordingly. The mechanism of their governance, Jirga and Loya Jirga stem from their values. It flows from the concept of Shura, enunciated in Al-Quran (42;38), which states that the Muslim’s “rule [in all matters of common concern] is consultation among themselves.” The question arises as to what is wrong with their values? Why do they have to be westernised to be civilised? Are they children of any lesser god and do we have the license to decide for them?

We are, no doubt, free to decide – for ourselves. We cherish our values, reflected in our political system and lifestyle. We love our humming nightclubs, buzzing casinos, and exclusive beaches. We take pride in keeping pace with times; in redefining the institution of family and patronising the oldest profession. Can we allow the Taliban or, for that matter, any Muslim state to raise even their little finger on our system or lifestyle? If not, what justification do we have to question theirs?

No doubt, our concern for Afghan women is not misplaced. But the fact remains that discrimination against women has nothing to do with geography, ethnicity, religion, culture, or governance. They are not safe anywhere on the face of this earth. And, the only culprit everywhere is the same – Hobbes’ man and his nature. According to available statistics, the most unsafe women in the world are in the US, UK, Canada, Australia, New Zealand, Sweden, Denmark, Finland, India, South Africa, and Uganda. We need to prioritise our concerns accordingly.

Let’s agree, for a moment, that Western democracy is the only panacea for every society. Logically, therefore, it must be shared, first, with our allies. But, somehow, we start invariably with our adversaries. So do we in the case of emancipation of women, thereby exposing our duplicity.

No matter what we do, the Taliban are there to stay, just like the clergy did in Tehran, with a difference though. The Islamic revolution reverberated through the Arab world and isolated Iran completely. But Talibanised Afghanistan is not likely to upset its neighbours. Instead, it is likely to assume a pivotal role in the emerging Asian bloc along with Pakistan.

Pakistan presents a fascinating phenomenon. Its founding father, Mohammad Ali Jinnah, was a nationalist to the bone. He was hailed as “ambassador of Hindu-Muslim unity” until 1937. But he changed his mind and, in 1940, vowed to create a country in the name of Islam, which he did within seven years.

Jinnah envisioned Pakistan as a “modern democratic” state, where “religion or caste or creed” would have “nothing to do with the business of the State.”

It would “not … be a theocratic State to be ruled by priests with a divine mission.” This was because Pakistan “(had) many non-Muslims …. but they all (were) Pakistanis… In course of time, Hindus would cease to be Hindus, and Muslims would cease to be Muslims, not in the religious sense, because that is the personal faith of each individual, but in the political sense as citizens of the State”. Its constitution would “be of a democratic type, embodying the essential principles of Islam.”

Accordingly, all three constitutions of Pakistan embodied the above principles. But, somehow, different governments have been portraying the country differently: as an epitome of modernity, Islamic Socialism, Nizam-e-Mustafa, Enlightened Moderation, and Riasat-e-Madina. A Prime Minister even toyed with the idea of declaring himself as Amir-ul-Momineen.

The Westernised liberals and the media are forecasting the deluge. Radicals and the mosque are predicting the revolution. And, moderates and the parliament are holding their horses; expecting the two to balance each other.

We live in a global village. Globalisation defies geographical boundaries. The Agency-Structure interaction, in sociological terms, is both inescapable and imperceptible. George Hegel (1770-1831)’s triad – thesis, antithesis, and synthesis – is the natural way to progression. Talibanisation has, accordingly, evolved during the last two decades. It will continue to interact with the world-and of course, Pakistan-and move forward. Hence, liberals need not fret!

On a lighter note, a former Pakistani Prime Minister is said to have told the Swedish media, in confidence, that (even liberal) Pakistanis didn’t eat pork; and didn’t drink – in public. If so, the Talibanisation of Afghanistan is not likely to pose any threat to the religio-politico-cultural ethos of Pakistan. 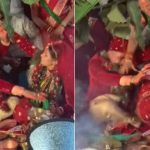 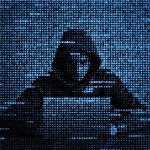